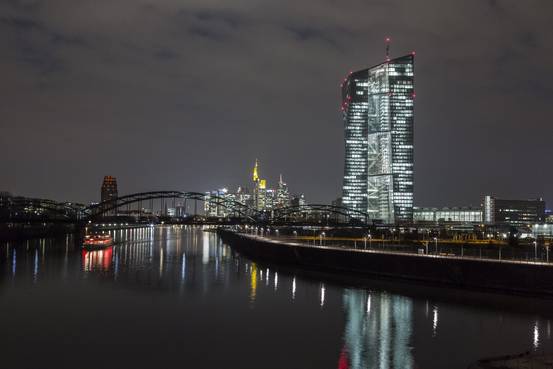 A new paper published by European Central Bank economists argues that it is generally a good idea for countries that need to enact budget cuts and slash fiscal outlays to get it done quickly, as this can reduce the total fiscal pain and stabilize debt more quickly.

“Simulations using plausible assumptions suggest that frontloading consolidation reduces the total consolidation effort and stabilises the debt ratio more quickly, although it does imply larger short-term reductions in output,” write the authors in a paper.

The paper could add to an economic debate that has emerged on both sides of the Atlantic over the appropriate response to Europe’s debt crisis. While many European policy makers have  advocated austerity as a way of cutting high debt levels, many economists in the United States and Europe have criticized that approach, arguing it hampers growth and leads to even higher debt ratios.

The paper also comes shortly after the International Monetary Fund published a paper from three of its economists that argued countries which don’t urgently need to pay down debt shouldn’t do so immediately.

The ECB paper will probably be well received in those eurozone capitals that have “done their homework” (as the Germans like to say) and sharply cut spending in crisis years but are now starting to see their economies return to growth. And it echoes other research the ECB has published backing Europe’s austerity approach.

The Baltic States, as well as Ireland and Spain have worked hard throughout the crisis to cut their deficit levels. For example, Lithuania posted a government deficit of 9.1% of GDP at the peak of the crisis in 2009. In that year, the country’s GDP fell by nearly 15%, but it has grown steadily since then.

The one capital where this paper, and the general dogma of austerity, is unlikely to find a welcome is Athens. The Greek government has argued that austerity lowers economic output and pushes up unemployment. The data bear that out to the extent that the country’s GDP fell for six years from 2008 to 2013, though it started to grow again last year. Unemployment was also at only 7.8% in 2008 before reaching 27.5% in 2013. Though it declined to 26.5% in 2014, it will probably be a very long time before it’s back to where it was before the crisis.

iPhone 13: We have a guess for the new iPhone’s release date. Here are all the clues

Is it too late to opt out of monthly $300 child tax credit checks? We’ll explain