The “New” MacBook, as it was called in 2015, was clearly a departure from what we thought a laptop was. Even from a company known for its courage, a stripped-down laptop with a crazy high price, silly specs and just one I/O port was something else. The focus was on portability over everything else, including usefulness and, in some cases, common sense.

I always imagined the MacBook would, eventually, supplant the Air in Apple’s lineup since both did a similar job. After all, the original Air was stupidly overpriced (and underpowered), more famous for what it lacked than what it had. But Apple persisted, and most people eventually saw why losing the disc drive and the heftier ports (like VGA and Ethernet) were good things.

The new MacBook was designed to solve a problem that didn’t really exist, at least not by the time it debuted. And the compromises that Apple made to reach that small size and weight often made it harder to use than the machines it sought to replace. This was a machine that cost $1,300 and had an underpowered Core M CPU and one — one — USB-C port.

The new MacBook was basically useless for anything more demanding than writing emails and documents. Spec-wise, it looked terrible beside the older MacBook Air, which remained on Apple’s product line for years after. Look at this table from Apple’s own website circa 2017 and you’ll see how badly it made the case for you to buy a MacBook. A $999 machine that hadn’t been updated for a couple of years could outperform a device $300 more expensive. 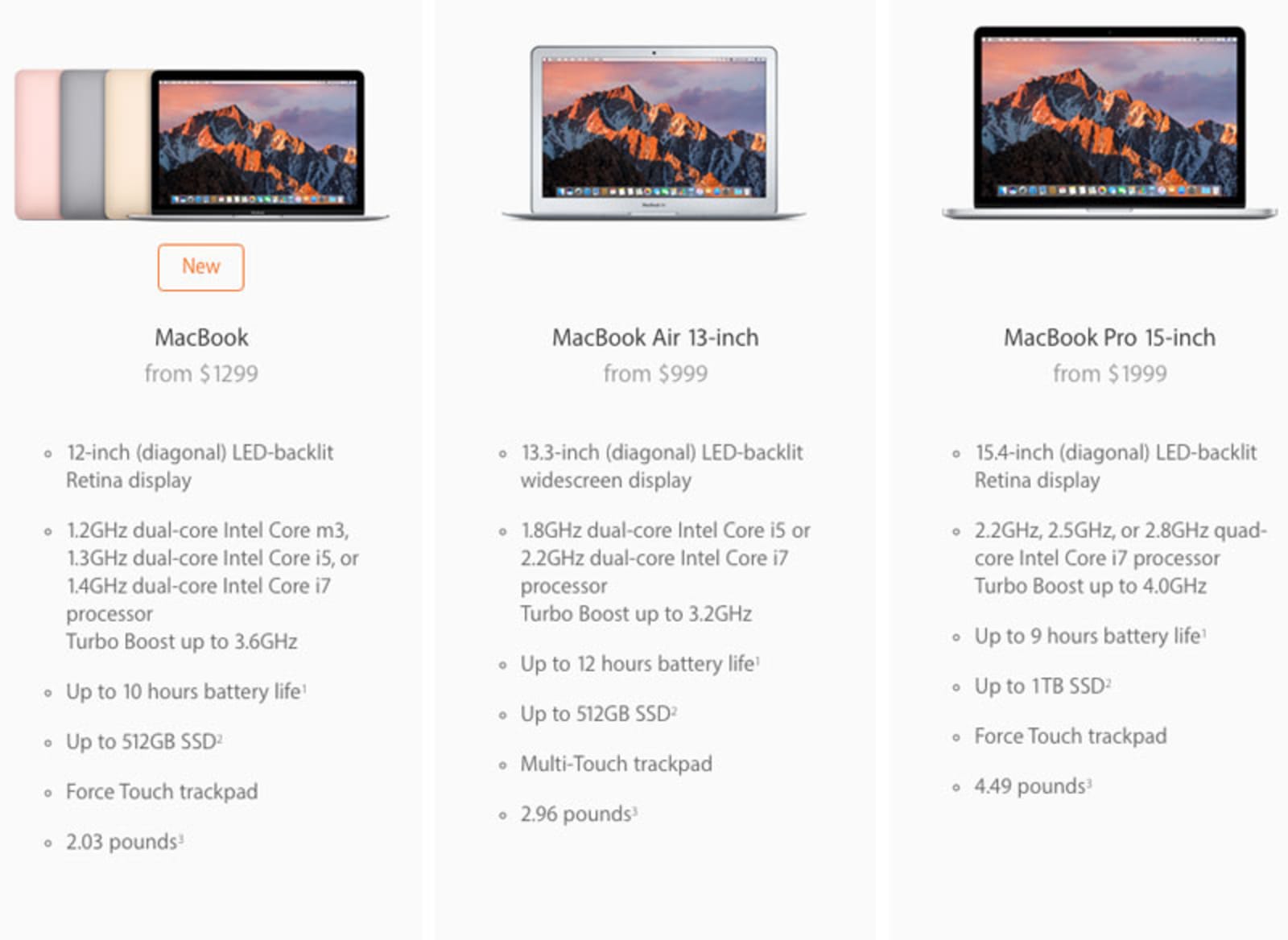 When Apple revived the Air in late 2018, I said that the company’s laptop line was now a confusing mess. For $1,300, you had a choice of three machines, only one of which was actually worth the money. The MacBook was too pricey and underpowered, the Air too close to the Pro and the Pro weighed barely anything in its modern form, anyway.

Apple has also killed off the Touch Bar-free MacBook Pro (aka the MacBook Escape) and dropped the price of the Air. Suddenly, the company’s product lineup makes sense: For $1,099, you get a machine with moderate power, which will serve most people’s needs. For $1,299, you get a more powerful machine that still won’t weigh down your bag too much.

I’m surprised that Apple didn’t choose to keep the MacBook around and slash the price to $899 or $999, but the reasoning is obvious. For that sort of money, Apple would like you to consider the iPad Pro (with its one USB-C port). And, to be cynical, given the high margins Apple makes on iPads, it probably wrings more cash out of consumers at the same time.

My hunch is that, until we see the long-awaited ARM Mac, the MacBook will remain locked in a vault somewhere. In the near future, low-power, super-efficient chips would suit a chassis that thin and light — perhaps battery longevity would be the new selling point. This particular iteration of the MacBook, however, will be remembered as a 12-inch experiment that never really found its niche.