How is the gameplay transitioning to the PS4? While standard attacks can be unleashed at any time, a pair (!) of ATB meters will charge up, offering the ability to unleash magic, techniques and a new “tactical mode” that looks like it freezes a moment in time. Support characters, like Barrett, will offer long-range attacks, adding a further dimension to battle strategies.

To that end, we saw Cloud and Barrett face off against the iconic scorpion guard robot — an early boss in the original FF7. The battle showcased how players can switch between characters, meaning if one gets trapped by enemies, the other can unleash a special attack to free them. When you’re not in control, characters will continue to fight, and you can issue commands once their ATB gauges fill up. Do enough damage to an enemy and you’ll stagger them, a la Final Fantasy XIII, and deal more damage. You don’t always have to hit up tactical mode to deliver abilities and magic — there will be shortcuts to speed things up. The characters each have their own defense ability to reduce attack damage, but judging by the demo battle, you’ll even be able to use the environment to defend against particularly intense attacks.

A new, longer trailer landed too — we’ve embedded that above. You’ll get to see not only Aeris in battle, but also the reintroduction of Tifa, redesigned with a more realistically-proportioned body — and still punching anything that gets in the way.

Square Enix also detailed several limited-edition versions for pre-order. The Deluxe edition comes with an art book, steelbook case and even a mini soundtrack CD. Preorder the First Class edition, however, and you’ll get a Cloud figurine too. The game launches on March 3rd 2020. 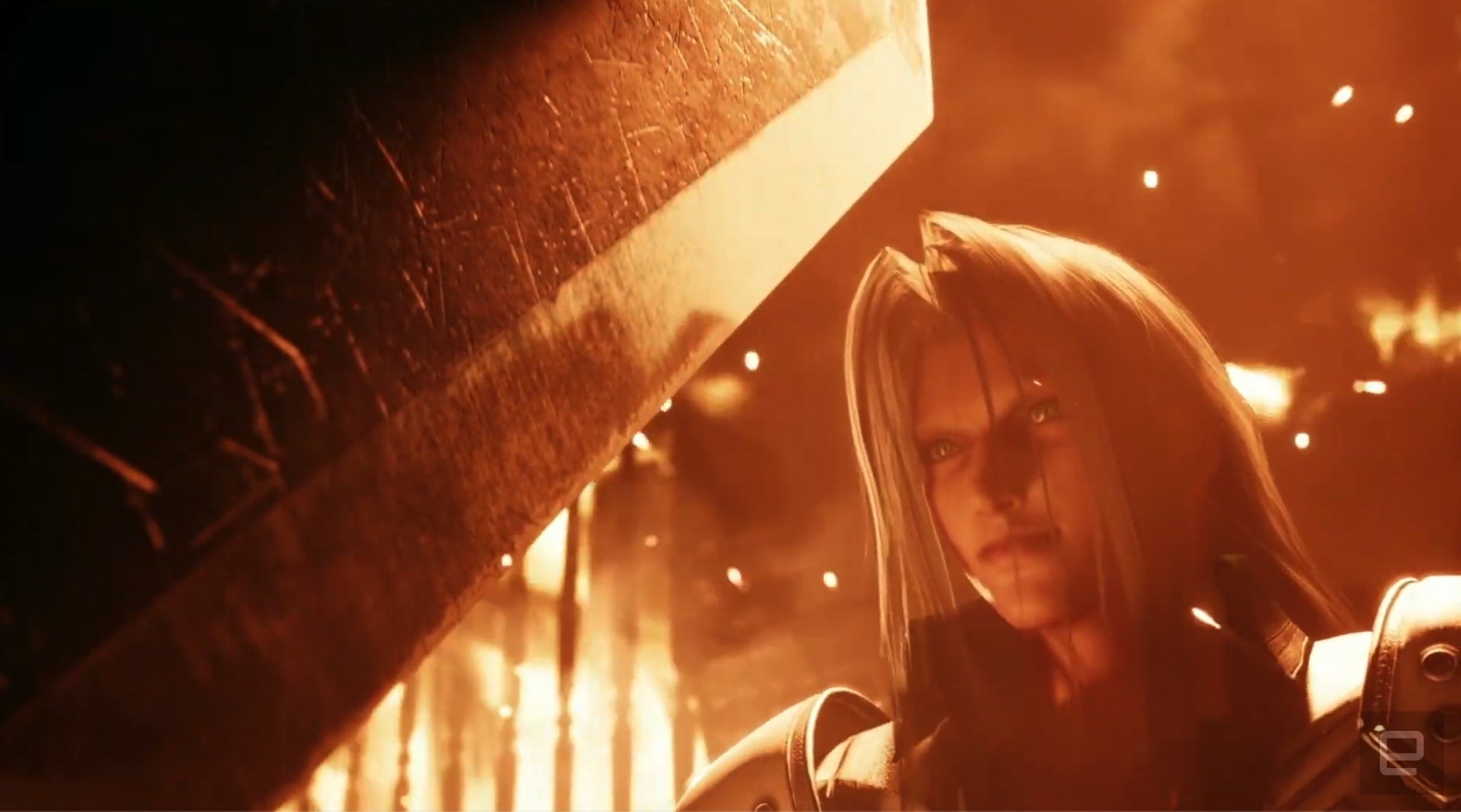