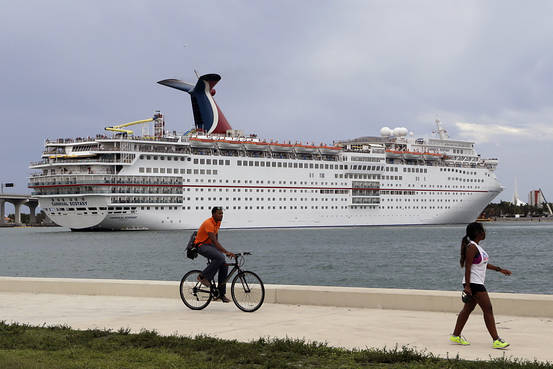 Spending on travel and tourism in the U.S. picked up during the second quarter of the year despite a stronger dollar that is enticing Americans to head overseas and restraining the budgets of international visitors.

Travel and tourism spending rose 6.5% in the second quarter at a seasonally adjusted annual rate, the Commerce Department said on Wednesday. That’s up from a 2.2% pace in the first quarter and 5.5% in fourth quarter 2014.

American consumers have proven resilient this year, helping prop up the U.S. economy amid overseas turmoil.

The latest tourism figures support that notion, showing Americans are willing to spend on nonessentials. Spending on accommodations and airfares led growth for travel and tourism in the second quarter.

The acceleration appears entirely driven by domestic travelers. Separate Commerce Department data show travel spending by international visitors has leveled off this year. Travel spending for business or personal reasons is down 2.2% from January to July compared with the same period a year earlier. 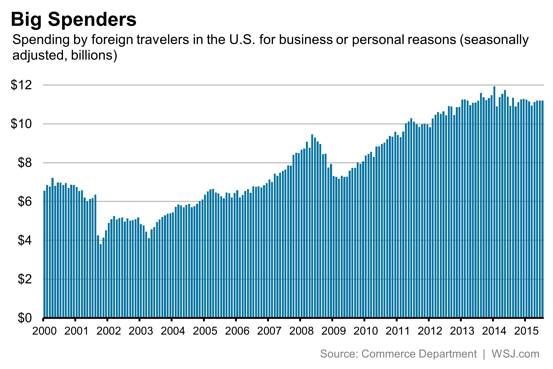 “That’s actually relatively good news given the strength of the dollar and weakness in some of our source markets,” said Adam Sacks, president of Tourism Economics.

The dollar appreciated by about 12% from the middle of 2014 to the middle of 2015 against a basket of currencies tracked by the Federal Reserve, making travel in the U.S. more expensive for foreign visitors. 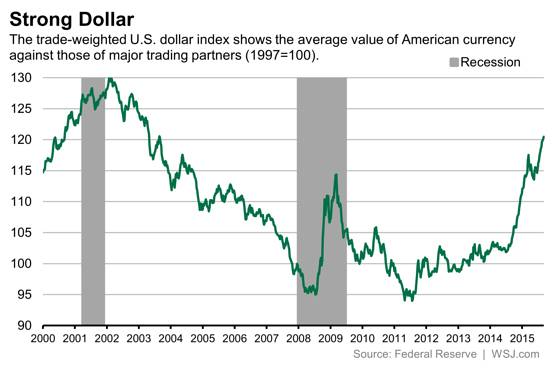 The same trend also has made travel abroad cheaper for Americans. U.S. travel spending in other countries was up about 8.5% from January through July compared with the same period a year ago, according to Commerce data.

“I would be not at all surprised to see international markets weaken as we get to the latter part of the year,” Mr. Sacks said.

That’s certainly caught the eye of the U.S. tourism industry.

“I can tell you we have seen some weakness in international visitation,” Marc Swanson, chief accounting officer at SeaWorld Entertainment Inc., told investors last month. “It’s hard to peg exactly what it’s related to, but we have seen some shortfall there at some of our locations.”

The Commerce Department said the tourism industry supported eight million jobs in the second quarter of the year, up about 1.6% from the first quarter.

What’s Most Likely to Shift Economy Toward Faster Growth? Consumers

Second stimulus check: Who could qualify for more IRS money? Here’s what we know

Second stimulus check: Who would qualify for more IRS money? What we know