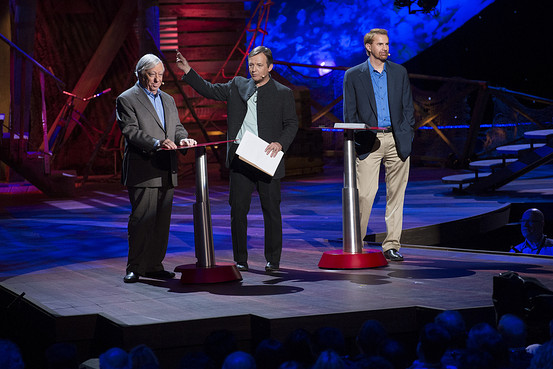 Erik Brynjolfsson and Robert J. Gordon debate at TED2013: The Young, The Wise, The Undiscovered in 2013.
James Duncan Davidson/TED Conference

Erik Brynjolfsson believes new technologies have as much potential as the big inventions of the past to transform the economy.

As a management professor at the Massachusetts Institute of Technology, he’s carved a niche as an expert on advances in automation—and he is an optimist about the future. His upbeat views on technology put him at odds with economists who have begun to question whether technological progress has permanently slowed. Chief among them is Robert Gordon, a Northwestern University professor who is the subject of a story in The Wall Street Journal.

“I visit companies and laboratories and see products in the pipeline,” says Mr. Brynjolfsson, who has debated Mr. Gordon about the future economy.

“For the first time in history, we can talk to machines and they talk back to us — that’s a pretty big milestone.”

Mr. Gordon believes recent inventions like the Internet don’t stack up to, say, cars and indoor plumbing, which transformed the world over the last century. Mr. Gordon calls Mr. Brynjolfsson and others in his camp “techno-optimists,” and says they don’t have specifics to back their claims.

It was Mr. Brynjolfsson who did a counterview to Mr. Gordon’s remarks in a TED talk last year.

TED conferences are organized by the non-profit Sapling Foundation, which invites speakers under the slogan, “Ideas worth spreading.”

“I actually agree with a lot of what Bob says about headwinds,” says Mr. Brynjolfsson. But he also believes his colleague overstates such looming problems as an aging workforce. “Our big difference is the way we perceive the new technology now being created and its likely impact.”