What to buy for your new 4K TV

One of the easiest upgrades for your home theater experience is adding better audio. No matter how much you spent (or saved) on a new flat screen, it simply doesn’t have a lot of room inside to move air around and produce sound worthy of the Ultra HD display. In the space between settling for thin TV speaker audio and shelling out for $100-per-inch unicorn hair speaker wire, I have a few suggestions.

Opting for a soundbar can help you save space and money, and Vizio offers a slew of value-priced options that fit almost any living room or budget. The 2017-era SB3651-E6 setup that I have at home is on sale now for about $150, pairing a soundbar with a true center channel — important for clear dialogue — and a small wireless subwoofer that connects to a couple of surround speakers.

A slightly more expensive but easier-to-live-with option is the SB36312-G6. At $250, it uses software and upward-firing speakers for the effect of Dolby Atmos sound that surrounds you from behind and above. With just a soundbar and a slim wireless subwoofer, you won’t be able to see where the sounds are coming from — or have to keep an eye out for annoying wires running across the room — you’ll just hear them. If you don’t mind the inconvenience or spending a little more money, however, the best option might be Vizio’s SB36512-F6. It has the larger subwoofer, plus Dolby Atmos audio and some rear surround speakers to make sure everything is in the right place — better yet, it’s on sale for just $300.

Roku is a relative newcomer to the space, but its soundbar combines a streaming box and an audio upgrade all-in-one. Your new TV probably comes in apps, but if you’re still waiting to upgrade or just want something that’s easier to use, it adds everything you’re looking for in one $150 swoop. You can also add a wireless subwoofer later for another $150, or save $60 by purchasing both now.

Another option is Yamaha’s $299 YAS-209. It supports Spotify Connect, it’s ready to respond to your voice commands for Amazon Alexa (so you don’t need an Echo speaker in the living room) and it comes with a wireless subwoofer. Meanwhile, Samsung’s Harman Kardon HW-Q60R soundbar simulates 5.1 surround audio, and it ties in with Samsung TVs Game Mode to make sure your sound is synced up with the action. It’s currently on sale for $278. 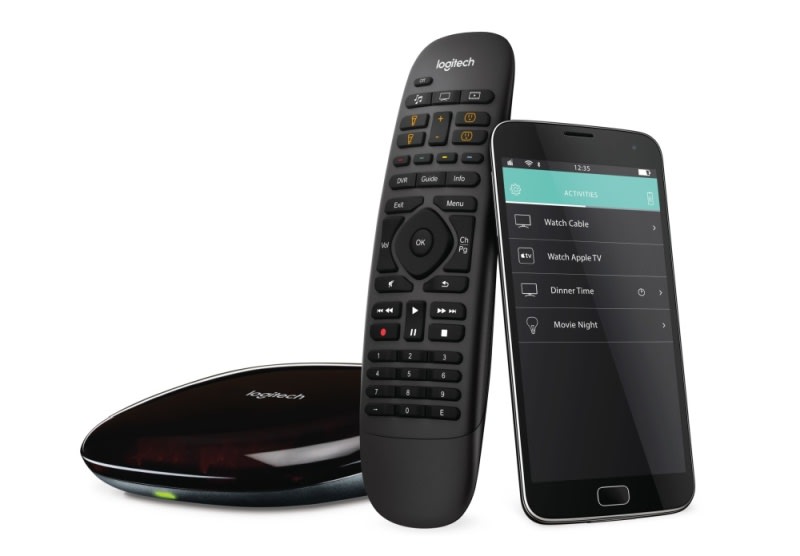 Remote control technology hasn’t advanced quite as much as the rest of home theater tech over the years, despite the proliferation of HDMI-CEC and devices that you can operate via apps. Still, if you’re hoping for a one-wand-that-rules-them-all experience, Harmony’s Companion is your best bet.

It can tie-in with home automation setups to make adjusting for movie night a one-button affair, plus it supports Amazon Alexa and Google Assistant voice assistants. The Hub device that’s included blasts IR signals to TVs or set-top boxes even if you’re not in line-of-sight range to control them, and if the remote itself isn’t in your hand, there’s an app for iOS and Android that works no matter where you are. It’s $100 now, and it will make living in an increasingly-connected living room easier than you might expect. 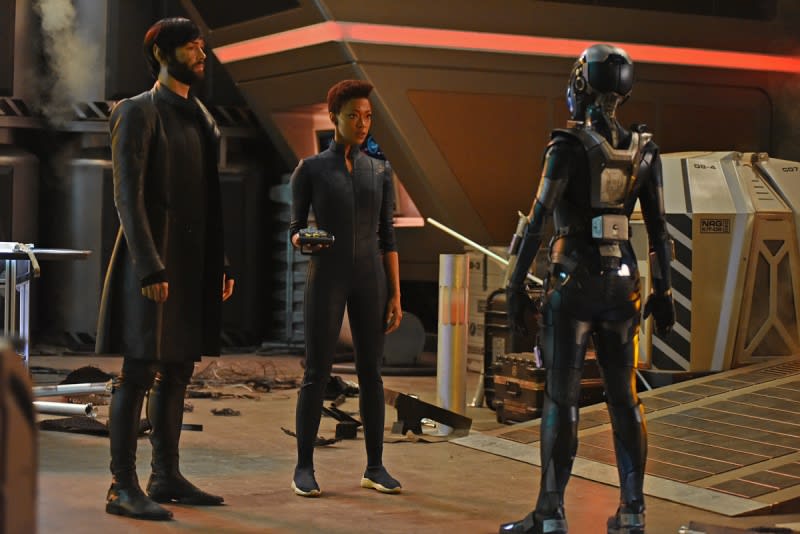 Internet TV is all the rage now, and if you’d like to save a few bucks on streaming, Black Friday / Cyber Monday is a good time to look for offers. Unfortunately, services like Netflix, HBO Now and Amazon Prime usually don’t offer special discounts for new subscribers. So far at least, the same goes for newcomers like Disney+ and Apple TV+. The cheapest way to get access to those is via bundling, like paying for a year of Disney+ up front at $70, or purchasing some new Apple hardware to get a free year of TV+ streaming.

One video deal available is for CBS All Access, which will give new users a free month — instead of the usual free week — if they sign up before December 2nd. That should be plenty of time to watch Star Trek: Discovery and figure out if it’s worth keeping. Also, Hulu is back with another Black Friday offer of $1.99 per month for its ad-supported streaming service, for a whole year. That’s not as good as last year’s 99-cents deal, but it’s still the cheapest one around. 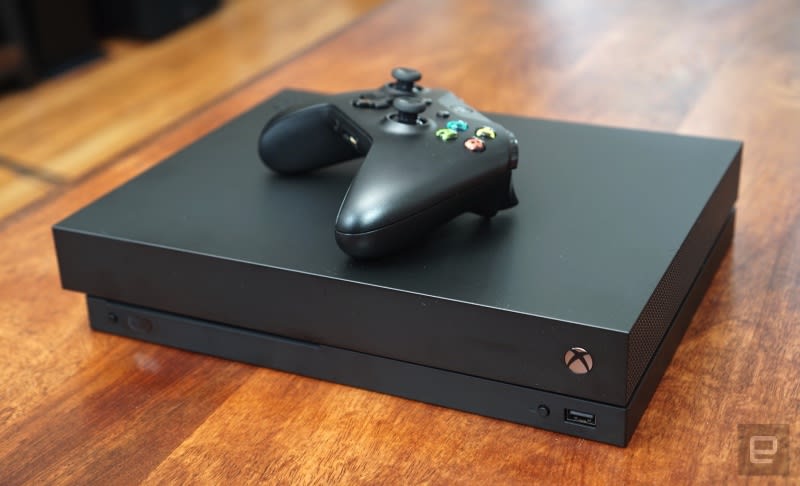 While it’s a little early to recommend Stadia’s “4K” cloud streaming, getting 4K gaming via console is easier (and cheaper) than it’s ever been. Holiday sales have reduced prices on the Ultra HD-ready PlayStation 4 Pro and Xbox One X to new lows. The PS4 Pro is on sale for $299 in a bundle with Call of Duty: Modern Warfare, while the Xbox One X bundle features Star Wars Jedi: Fallen Order for $349, with the added bonus of being able to play Ultra HD Blu-ray discs. 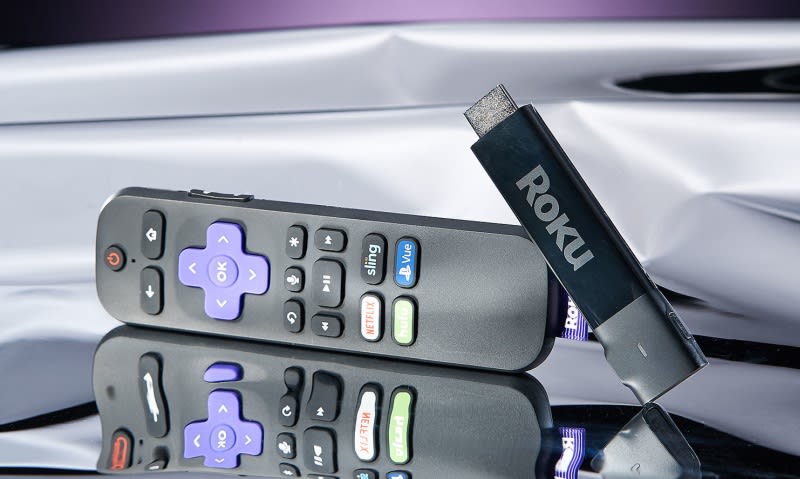 If gaming isn’t a primary concern or you’re already covered there, you still might need to add a streaming box. While pretty much every smart TV comes with many apps and options built in, they might be a little delayed on adding new ones like Apple TV+, Disney+ or others that have yet to launch, like HBO Max or NBC Universal’s Peacock.

One of the cheapest ways to get the most new services right away is Roku’s Streaming Stick+. It’s on sale this week for $29, adding 4K and HDR capabilities, plus the apps for Disney+ and Apple TV+ right out of the box along with all of the usual suspects: Netflix, Amazon Prime, YouTube, Vudu. You name it, it’s there.

Otherwise, your best options come from some of the biggest names. The Apple TV 4K integrates perfectly with your iPhone and Mac, offers all of the big name apps and presents an interesting option for gaming with the new Arcade package, all for $149. Google’s Chromecast Ultra will need a software update before it’s Stadia-ready, but it’s very capable and 4K-ready at $69. Last but not least, Amazon is offering some Black Friday deals on its Fire TV hardware, with the 4K Stick half-off at $25, and the Fire TV Cube that comes with Alexa built-in is on sale for $90. 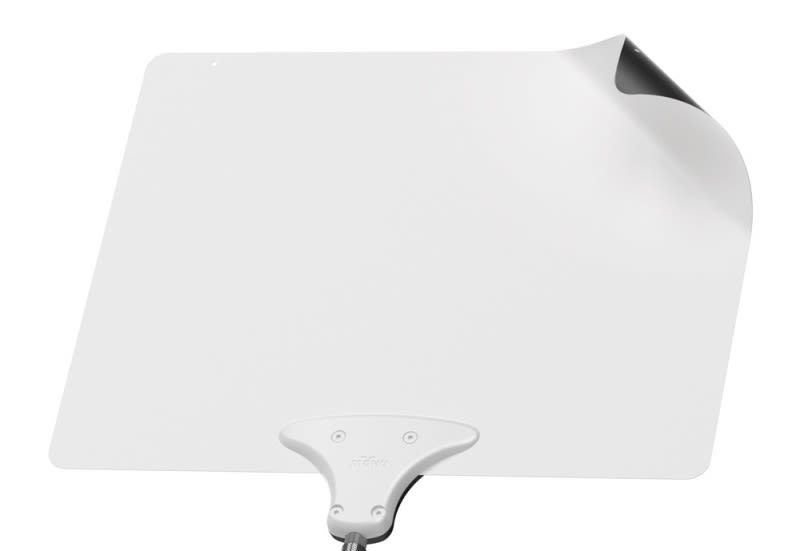 Surprise: not everything is easy or cheap to watch on streaming, yet. Plus, with prices changing on live TV internet services every day, sticking up an antenna is the cheapest and safest way to make sure you can watch some sports or episodes of a new show without recalibrating your budget first.

They’ll plug directly into your TV and pull in more local TV channels than you might think, although what’s available varies by area. The FCC has maps that can show what you expect where you live. Still, at these prices they’re worth a shot over adding yet another subscription package. Mohu’s Leaf 30 is a standard-bearer for flat antennas, and it’s on sale for about $21, while 1byone’s indoor antenna slides in at just under $20. 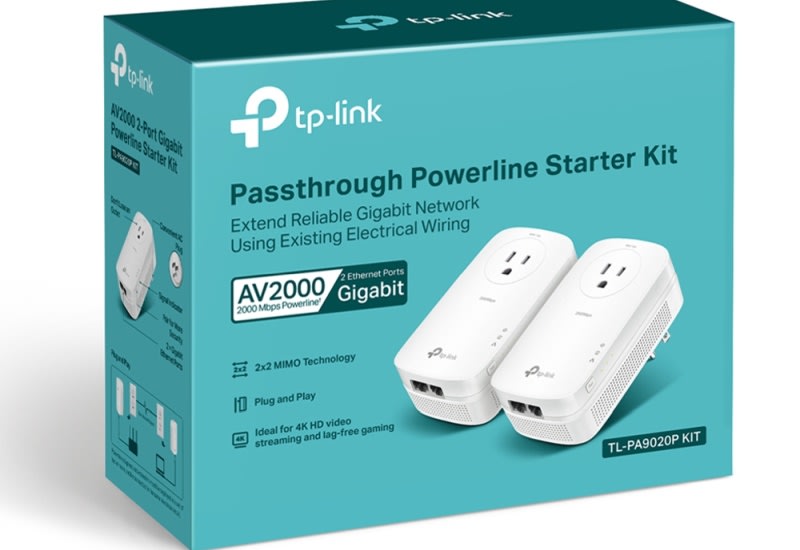 Believe it or not, there are some places Wi-Fi won’t reach. If you have bandwidth requirements that wireless won’t live up to, or just face too much congestion from neighboring networks, then going hardwired is one way to make things work. Of course, not everyone is in a position to run Ethernet throughout their house, which is why you might want to try a Powerline adapter that sends network signals over your existing electric wiring.

While results will ultimately vary depending on the wiring in your walls, newer setups like the TP-Link AV2000 promise Gigabit-speed internet with just a couple of new adapters. I use it at home, with consistent connections of over 500Mbps across multiple rooms and floors. A pair of adapters costs less than $80 to get you plugged in, while an extender like the AV1300 will broadcast Wi-Fi in a new area for $120. 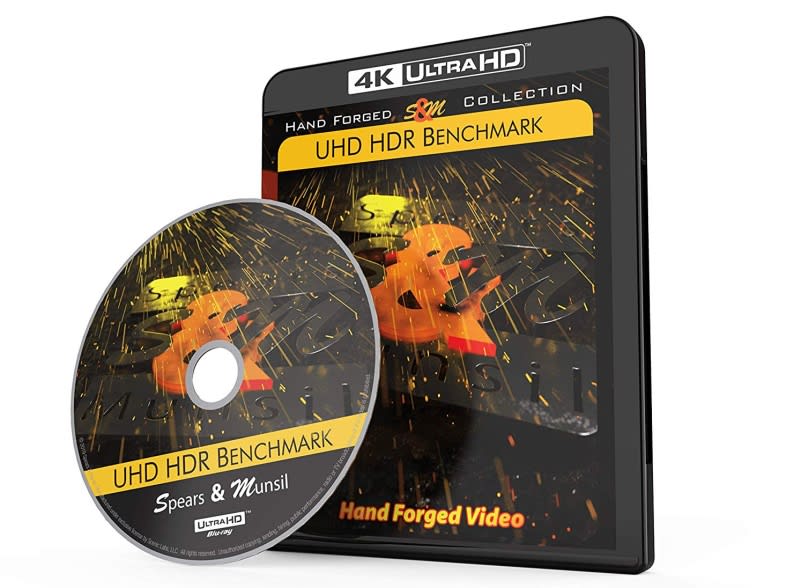 Now that you got that new set home, it’s important to make sure that you’re actually getting the most out of it. One of the best ways to do that is via calibration. Right out of the box, we already have some advice on what settings you should adjust first, and that advice especially comes in handy for built-in streaming services.

However, if you have an Ultra HD Blu-ray player there’s a better option. The $40 Spears & Munsil UHD HDR Benchmark disk will help you find out what your setup is capable of, and tweak each setting to make it as accurate as possible in your environment.

Second stimulus check: Who could qualify for more IRS money? Here’s what we know

Second stimulus check: Who would qualify for more IRS money? What we know