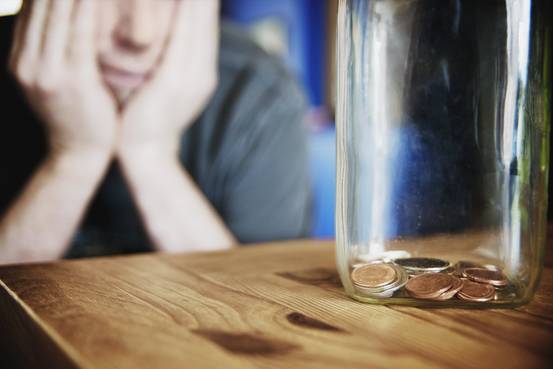 An unexpected car repair or medical bill would cause the vast majority of Americans to scramble because they lack the needed funds in their savings accounts.

Only 37% of adults have the necessary savings to cover a $500 car repair or a $1,000 emergency room bill, according to a survey Bankrate.com released Wednesday. The finding is little changed from last year, when 38% said they didn’t have the cash on hand, despite a year of steady job creation and the unemployment rate falling to 5%.

“Most Americans are ill-prepared for life’s inevitable curveballs,” said Sheyna Steiner, Bankrate.com’s senior investing analyst. She said that’s a concern because more than 40% of families experienced a similar unexpected cost during the past 12 months. 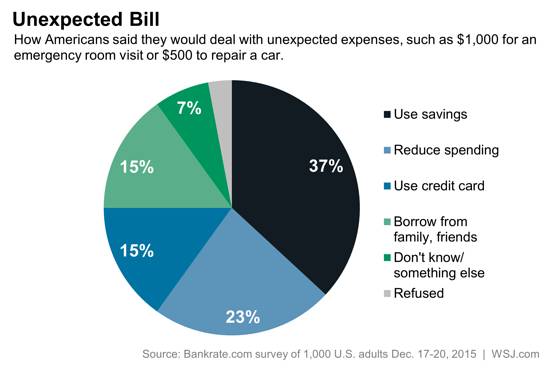 The data suggests that many households are still on uncertain financial footing more than six years after the recession ended. However, other figures indicate Americans are earning, and saving, more.

The personal saving rate was 5.5% in November, the second-highest level since the start of 2013, the Commerce Department said last month. Lower gasoline prices and solid income gains in recent months are supporting savings. Wages increased 2.3% from a year earlier in November, the Labor Department said, even as consumer inflation held near zero.

The phone survey of 1,000 adults was conducted in December by Princeton Survey Research Associates International.