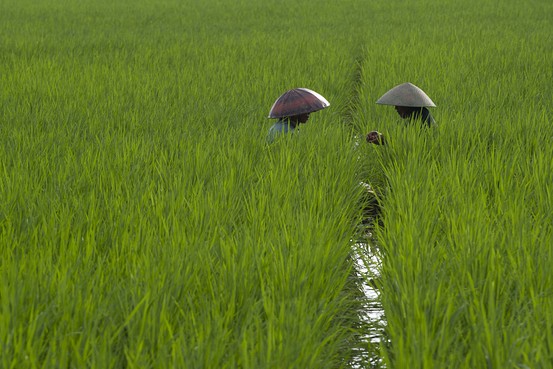 Whoever wins will take office at a time when economic growth in Southeast Asia’s biggest economy has been moderating, due partly to measures aimed at narrowing a growing current account deficit. Indonesia’s central bank recently lowered the country’s growth forecast for the year to 5.15% after official data revealed that the economy had expanded 5.21% in the first quarter, its weakest pace since late 2009.

Government moves to reduce imports and attract investment have improved the current account deficit, which reached a high of 4.5% of gross domestic product in mid-2013, but officials at the central bank say it remains an issue.

Keeping the deficit in check will mean reducing fuel subsidies, which both candidates have said they plan to do. The current government cut subsidies moderately in 2013, but held off doing so this year.

But subsidy cuts are a politically difficult move that draw fierce resistance from the millions of people whose incomes put them on the edges of the poverty line.

Analysts say the problem with Indonesia’s definition, which is based on calorific value, is that it doesn’t include groups that are vulnerable to price shocks, such as an increase in the price of fuel.

When the Asian economic crisis hit Indonesia in 1998, the same year that long-running autocrat Suharto stepped down from power, the number of those living below the poverty line jumped from 25.9 million in 1993 to 49.5 million, nearly a quarter of the population at the time. If Indonesia were to use the poverty line of less than $2 a day set by the World Bank, the number of poor currently in the country jumps to around half of the population.

In tonight’s debate Mr. Widodo and Mr. Subianto will also touch on issues related to social welfare at at time when the gap between rich and poor is widening, as shown by the Gini ratio, a number between 0 and 1 that measures inequality by looking at the distribution of income among individuals or households within an economy. Zero represents perfect equality. Experts consider 0.4 a yardstick for potential social unrest.

Both Mr. Widodo and Mr. Subianto have laid out broadly similar economic platforms that put an emphasis on food and energy self-sufficiency. They’ve also said they would stand behind current policies aimed at limiting foreign ownership of mines and banks, and restrict exports of raw minerals to force firms to add value to the country’s resources domestically.

– I Made Sentana contributed reporting.