A Look Inside a Slum Cut Off by the Ebola Outbreak

MONROVIA, Liberia – The streets outside West Point are empty of pedestrians. Shops normally bustling with activity are boarded up. This poor community in the capital of Liberia, one of four West African countries affected by the worst-ever Ebola outbreak, has been quarantined – barricaded off from the rest of the region by barbed wire fences patrolled by police and military personnel.

“It looks like it did during the war,” one resident told me, referring to the decades-long civil war that ended in 2003.

Desperate residents peered out from their homes and shops, eager to share their stories across the barrier. I met Steven, a 30-year-old tailor. His life has been halted by Ebola. His stepmother and father have died from the disease and three of his siblings are in a treatment center. He has no idea how they’re doing. 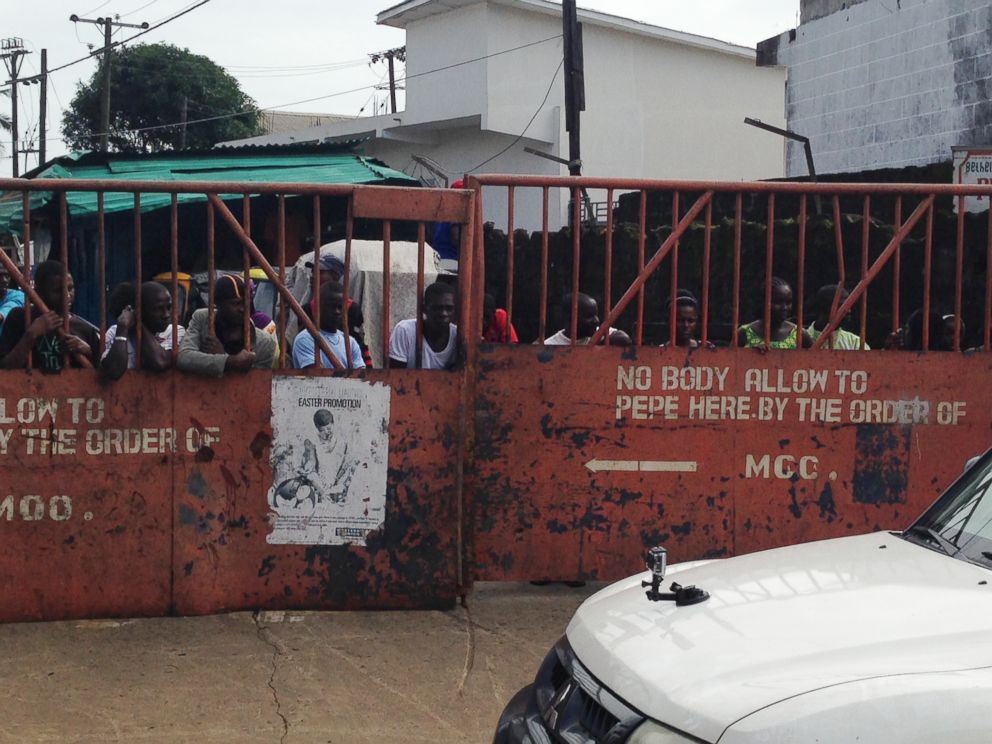 PHOTO: West Point, a slum of Monrovia, Liberia, has been quarantined during the Ebola outbreak.

Steven became trapped inside West Point in a stroke of bad luck. He had been sleeping in his shop outside the slum for two weeks to avoid the crowded alleys amid the deadly outbreak. He returned to check on his family last Tuesday, and when he awoke Wednesday, the quarantine was in place. He couldn’t leave. The military agreed to let him step outside the barricade for our interview and then he had to retreat. His face showed his anguish.

As we spoke, trucks exited West Point loaded with water. “Why is the water coming out?” I asked. “They have raised the prices,” Steven told me. “We cannot afford the water. Many can’t buy the food.” 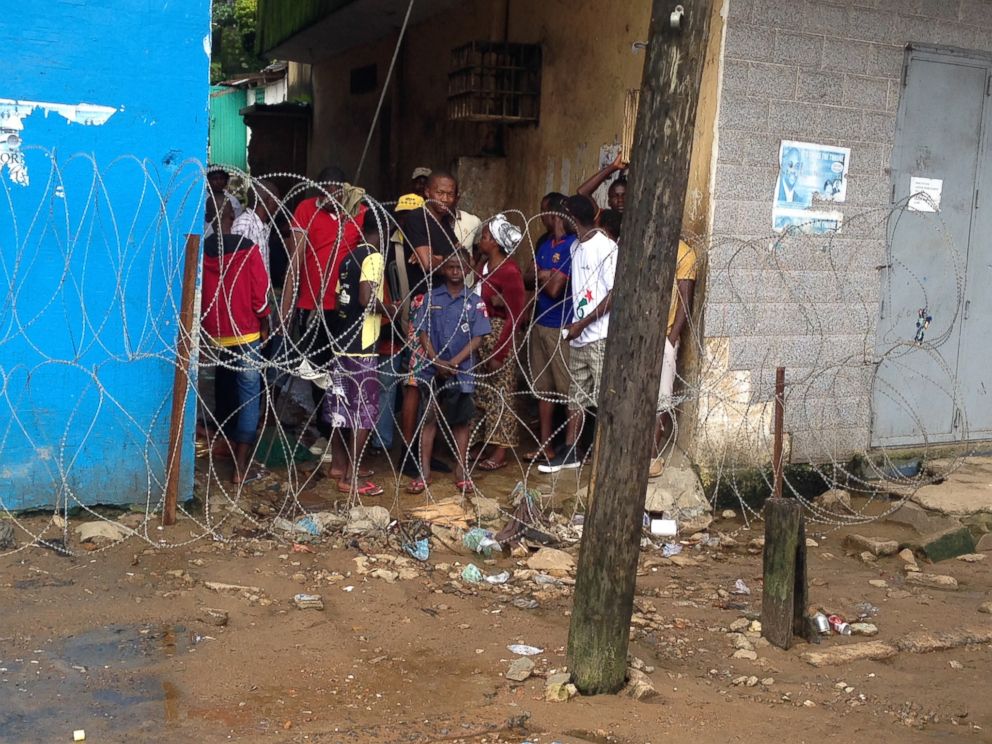 PHOTO: West Point, a slum of Monrovia, Liberia, seen on Aug. 27, 2014, has been quarantined during the Ebola outbreak.

Faced with a health crisis, governments sometimes feel that action – no matter how absurd – is better than no action. A quarantine is absurd. It can’t control Ebola, it can only worsen lives that are already filled with despair. While some people within the cordoned-off community have the virus, most do not. Outside the fence, it’s the same. By erecting barriers, they stigmatize residents, destroy trust in the government and disrupt access to food and supplies.

“They deliver rice and beans,” Steven told me. “But how do we eat it without coal to burn to heat the water?” 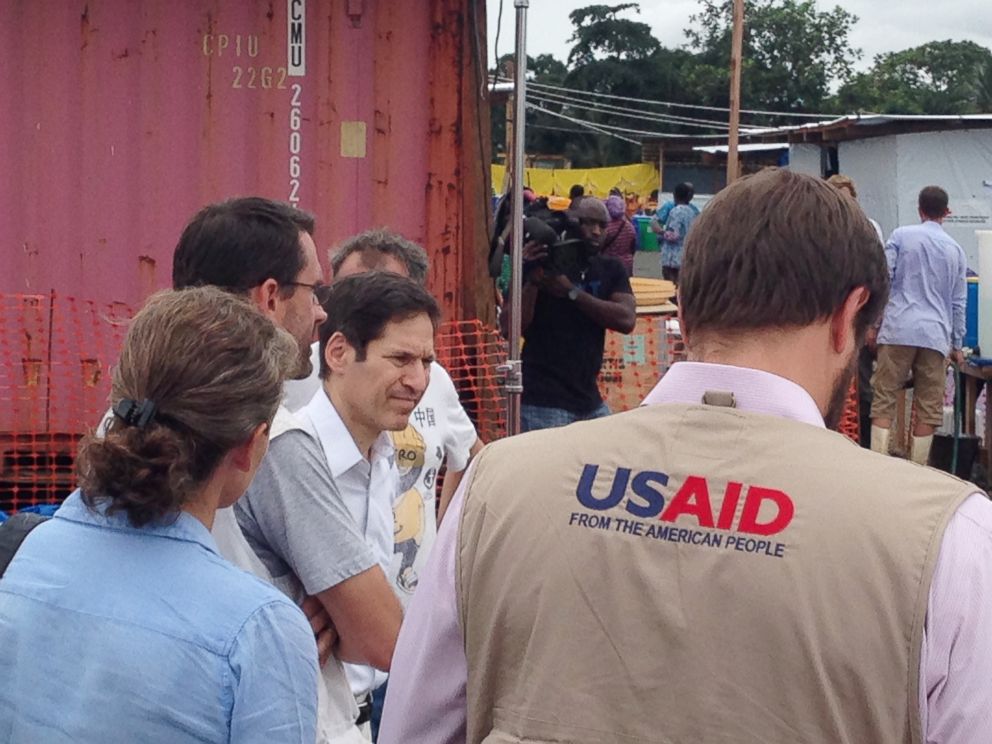 The quarantine affects people on both sides of the barrier. I met a young man who lives outside the perimeter who has no electricity in his home. He has been trying to pay his electric bill for days, but the electric company is located within the isolation zone.

Inside the barrier, there is desperation. Behind the gate of a three-story apartment complex, 20 people pleaded with me to share their story. We have nothing to eat, nothing to drink, no medical care, they said. We have children, they told me. They have been told they are under quarantine for 21 days to make sure they don’t have Ebola. This makes no sense.

“Please let people know we are here,” said a man concerned that his children have nothing to eat. “We only have tea.” 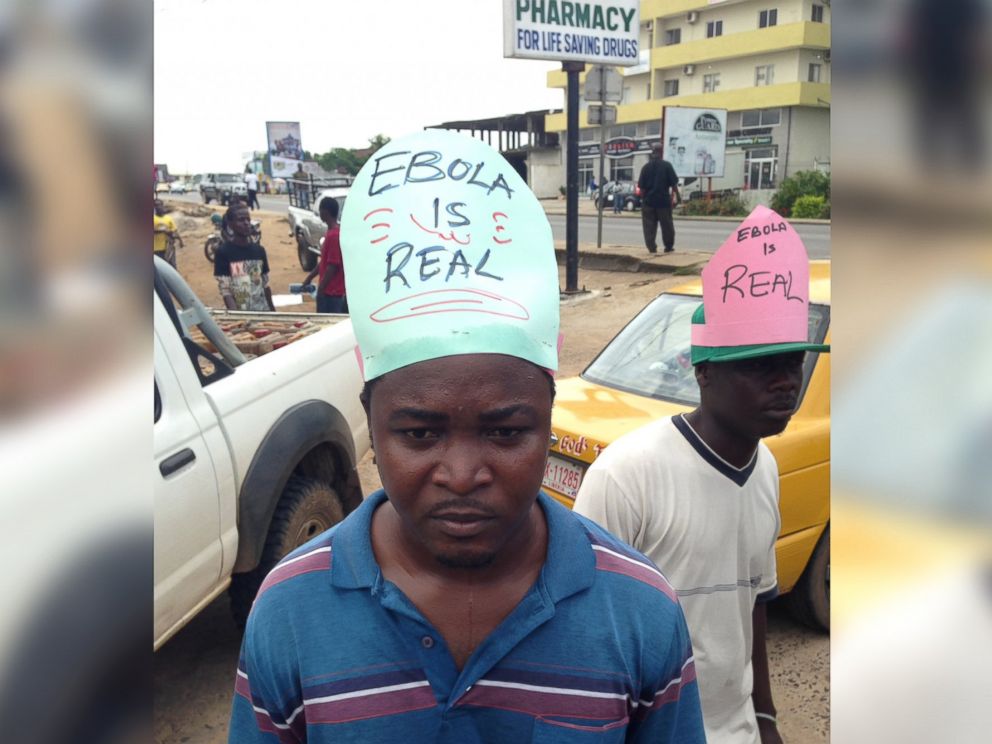 PHOTO: On August 27, 2014, community educators in Liberia remind people of the dangers of Ebola, which has killed more than 1,400 people in West Africa.