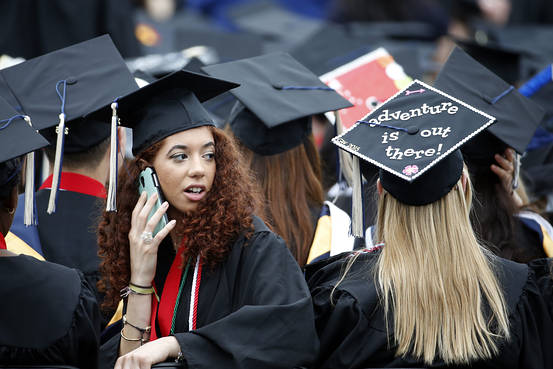 Women today are five times as likely to be enrolled in college than in 1940—and college students are significantly more likely to live with family than young adults who aren’t in school.
ALEX BRANDON/ASSOCIATED PRESS

The Great Recession nudged many millennials back to their parents’ homes, but a new analysis from the Pew Research Center shows the shift has been especially pronounced for young women.

A larger share of young American women are living with family now than at any time since the 1940s, as more of them forgo early marriage for higher education, Pew found.

In 1940, 36.2% of women age 18 to 34 lived with their parents or other relatives. That figure bottomed out around 1960, when 20.4% of women lived at home, but it climbed slowly for the next several decades and spiked in the decade leading up to and during the Great Recession.
By 2014, the share of women living with family had climbed back up to 36.4%. 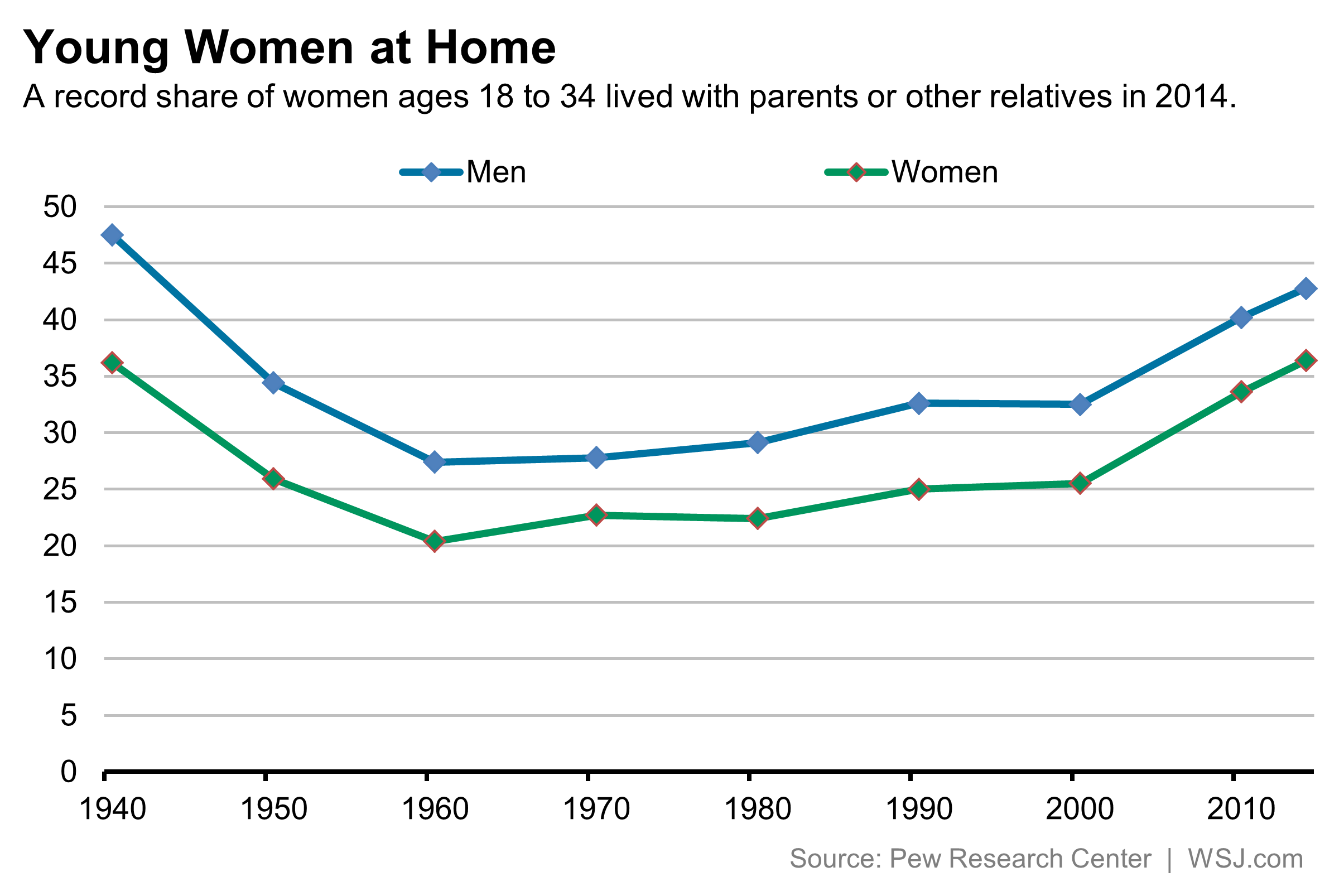 “The result is a striking U-shaped curve for young women—and young men—indicating a return to the past, statistically speaking,” said author Richard Fry, a senior economist at Pew. “You’d have to go back 74 years to observe similar living arrangements among American young women.”

“Young men, too, are increasingly living in the same situation, but unlike women their share hasn’t climbed to its level from 1940, the highest year on record,” he added.

But the reasons for the shift are markedly different than they were in the 1940s.

Women today are five times as likely to be enrolled in college than in 1940, when only 5% of 18-to-34-year-olds were pursuing a degree. Recent data shows college students are significantly more likely to live with family than young adults who aren’t in school.

The data tell a similar story for young men. Last year 42.8% of men lived at home—higher than women, but not at its 1940 peak, when 47.5% of them lived at home. Back then, the lingering effects of the Great Depression–including an unemployment rate of nearly 15%–likely kept more of them at home.

A July Pew report from Pew showed that a higher percentage of millennials—adults born in 1981 or later—were living with parents than in 2010, despite earning close to their prerecession wages. Declining marriage rates, higher rental costs and rising student debt may all be partly to blame.

‘Boomerang’ Millennials Get Cozy at Home

Young Adults Are Living With Their Parents, But Not As Much As (Or Why) You Think