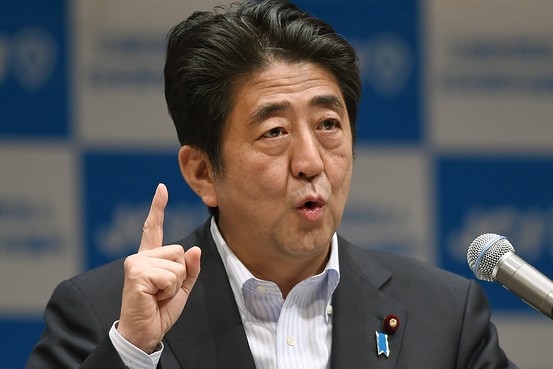 The “virtuous cycle” for Japan’s economic recovery seems to be spinning a little slower these days.

“The pace of recovery remains weak,” Izumi Devalier, an economist with HSBC Global Research, wrote in a note to clients Tuesday on soft consumer spending data. “We see increased risks that private consumption will remain depressed” for the next few months, she added.

To review: here’s the narrative of how Abenomics was supposed to proceed through the summer, and how reality is stacking up against the script.

Everybody was braced for a bad spring, following the April 1 rise in the consumption tax. So the negative numbers for April and May were dismissed as the natural pullback, following the pre-tax-hike surge in spending and investment. Some weakness in June, and even July, was seen as inevitable, and consistent with the growth story.

The good news scenario laid out for the year had two key elements. First: the economy’s underlying momentum from last year’s massive dose of Abenomics stimulus was strong enough to withstand the tax blow, which wouldn’t be nearly as damaging as the last hike in 1997. (That one snuffed out a nascent recovery and was followed by a long recession).

The second: that a virtuous self-reinforcing cycle between corporate-consumer behavior was taking hold, giving the economy further oomph. That is, rising sales would feed more production and hiring, and the resulting tight labor markets would lead to higher wages, sparking still more spending.

It’s far too soon to say that scenario was wrong. It’s not too soon to raise questions, as a growing number of economists are doing, especially after a spate of data Tuesday.

There’s no clear sign yet of a sustained rebound in consumer spending. While May retail sales rose modestly over April, June sales were flat over May. “It appears the correction to real household consumption… has been much deeper than the 1997 episode,” Credit Suisse said in a Tuesday report.

More worrisome are potential reasons behind the ongoing slump. Goldman Sachs economists noted fresh signs of stagnation in household income. They said June disposable income fell 8% versus the previous year. “With head-of-household temporary income and bonuses falling 7.4%, summer bonuses are likely to have stagnated, contrary to expectations,” they wrote adding that “the difficult income environment, mainly wages and salaries, is reflecting in consumer behavior.”

As a critical cog in the Abenomics machine, wages are supposed to be rising, sparked by an ever-tightening labor market. But the June employment report showed instead that it was unemployment unexpectedly rising — for the first time in 10 months — to 3.7% from 3.5%. Some of that was the result of good news: more workers, especially women, entering the labor market.

But the Goldman report also highlighted a decline in permanent employees and a rise in non-permanent employees, suggesting new job creation is for less-stable, lower-paying slots.
“Demand for labor appears to have peaked out,” Credit Suisse said. “We expect job offers to continue to weaken into the year-end.”

The signs aren’t all bad. Companies are expected to report robust profits over the next couple of weeks, suggesting more potential for hiring and higher wages. In anticipation of such results, the Nikkei Stock Average has rallied in recent days, trading at a six-month high. The Finance Ministry released a report Tuesday showing that Japanese firms remain largely unfazed by recent languid data, with more than 70% in the quarterly survey saying they expect sales to return to pre-April levels by the end of July.

But some policy makers are starting to express concern. “In order for household spending to stay firm, it’s important for a heightening expectation that incomes will rise ahead,” Koji Ishida, a member of the Bank of Japan’s policy board, said in a speech Tuesday.

“A major focus is on whether consumption will return to an upward trend in the July-September period.”