In the run-up to Thursday’s payrolls report, payroll processor Automatic Data Processing said Wednesday that private employers added 281,000 jobs in June. That number blew past the expectations of a 210,000 gain and is the strongest ADP number since late 2012 when Moody’s Analytics began calculating the numbers.

Economists are wary that the payrolls data will show as much muscle as ADP. While ADP is a good guidepost for the number compiled by the Bureau of Labor Statistics, the absolute miss between the ADP and the BLS initial numbers has averaged about 43,000 since Moody’s took over.

Consequently, economists are sticking with a median forecast of 215,000 total new jobs created in June. But the odds of an upside surprise are now greater than chances the payrolls number will come in below 200,000.

Equally important, ADP joins the list of better-looking labor data of late. Better doesn’t mean a surging economy, but after five years of inconsistent growth, the pick-up in payrolls is welcome news.

Some plusses for labor markets: Job claims have been trending down all year, regularly down to prerecession levels. The National Federation of Independent Business continues to report that more small businesses are hiring workers than are laying them off, resulting in net positive job growth among small firms. The NFIB survey also shows plans to add more workers in coming months remain solid.

The latest Job Opening and Labor Turnover survey showed a good gain in job openings in April, while the Conference Board‘s tally of online job openings in June increased strongly.

U.S. job markets might not be tight enough to allow most workers to demand big pay raises, but the demand for labor is accelerating, which explains why consumers feel better and their economic situations.

The lack of wage pressure means the Federal Reserve can appreciate the progress made in jobs, but not yet be worried about the inflation implications.

And since better job growth was a missing piece of the economic puzzle, healthier hiring suggests, barring a shock, consumer demand should strengthen in the second half of the year, bringing data on orders and output along with it. 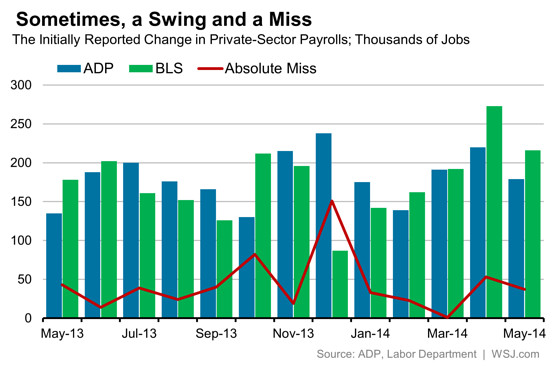