American Made, One Part at a Time – Real Time Economics

The world’s largest maker of bicycle helmets is doing something it hasn’t done in over a decade. It’s making some of its headgear entirely out of U.S.-made parts. 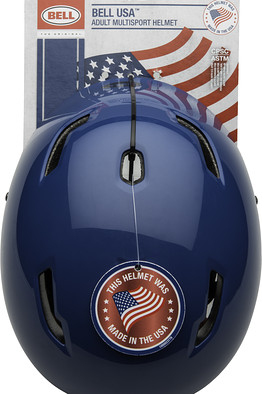 Bell Helmets was founded in 1954, and until 1998 used only American-made parts—many of them produced in its own factory. But like many others looking to trim costs, the company eventually outsourced production of parts to others and now just assembles them at its factory in Rantoul, Ill.

About half the components used in the 4 million helmets the company sells each year come from overseas, the rest from domestic sources.

But now Wal-Mart Stores Inc. has come knocking. Wal-Mart is already Bell’s biggest customer—but the world’s largest retailer is on a mission to buy more American-made goods. That means convincing companies like Bell to change how they do business.

“It’s a very practical decision—because using domestically made parts brings us closer to our market and we can be quicker to react to spikes in demand,” says Azul Couzens, Bell’s director of brand marketing.

The economics of the deal are another matter. Making helmets with only U.S.-produced parts will cost more, at least initially, the company says. Mr. Couzens won’t disclose numbers, but says that both Bell and Wal-Mart “are willing to take a few hits on their percentage of margin” in order to keep prices of the all-American helmets comparable to those made with imported parts: $24.99.

Wal-Mart spokeswoman Katie Cody said the retailer doesn’t discuss its margins, adding “many factors go into the price of a product.”

The new helmets debuted at Wal-Mart during the Fourth of July weekend, packaged in red, white and blue. Each helmet will have a dangling sticker that trumpets its “Made in the USA” credential.

“We’re overtly seeking to get credit for this,” says Andrea Wallace, Bell’s category manager for helmets.