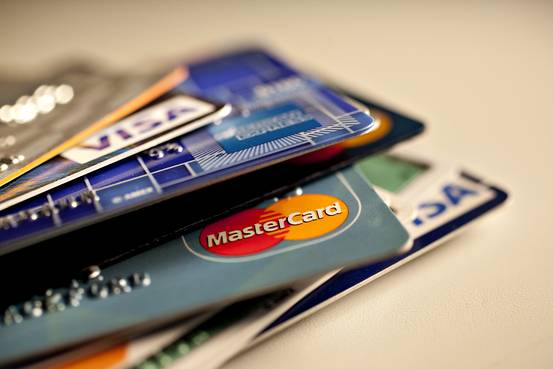 Americans pared down their credit-card balances in February, the latest sign consumers are spending cautiously to start the year.

Outstanding consumer credit–reflecting Americans’ total debt outside of mortgages–grew in February, but the gain was entirely driven by car loans and education debt rather than credit cards. Credit-card balances posted the largest percentage decline since April 2011.

Total debt balances increased by a seasonally adjusted $15.52 billion to $3.34 trillion in February, the Federal Reserve said Tuesday. That reflected a 5.59% gain at an annual rate.

Economists surveyed by The Wall Street Journal had expected household debt to grow $12 billion in February.

The latest figures showed household debt grew by $10.8 billion in January, a smaller advance than the initially estimated $11.56  billion gain.

The report suggests consumers reined in their credit-card spending in recent months.

Revolving credit, reflecting credit-card debt, fell at a 4.97% annualized rate in February. That marked the third decline for the measure in the past four months.

Nonrevolving credit, representing mostly auto loans and student debt, grew at a 9.44% annualized rate in February. That was the largest monthly increase in two years.

The report is consistent with other data showing that consumers are being careful about extending themselves, especially outside of auto purchases.

Household spending advanced a mild 0.1% in February after declining the prior two months, the Commerce Department said in late March. Spending on goods and services, when adjusted for inflation, declined slightly for the first time in 10 months.

The weaker spending could reflect unseasonably cold weather in parts of the country, but it does raise concerns. Consumer spending, already about two-thirds of economic output, is needed to drive the economic expansion during a period when a stronger dollar and weakness in overseas is slowing other pockets of the U.S. economy.

One fairly consistent bright spot in consumer spending has been auto sales. The cold winter appears to have bolstered sales of trucks and sport-utility vehicles. Those products typically cost more than cars, and thus require larger loans.

Americans Are Saving More, But for How Much Longer?

Spending at Gas Stations Rises for the First Time Since May