As America’s Workforce Ages, Here’s Where the Jobs Will Be – Real Time Economics 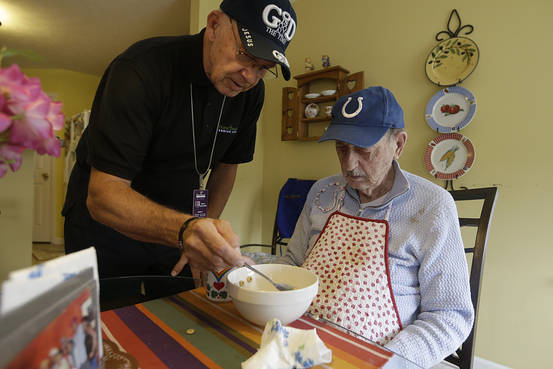 Caregiver Warren Manchess, 74, left, helps Paul Gregoline, 92, with a meal, in Noblesville Ind., in 2013. As America ages, much of the job growth in the coming decade will focus on services for the elderly.
DARRON CUMMINGS/ASSOCIATED PRESS

The U.S. labor force is expected to expand only slowly over the coming decade as the country ages and more Americans give up on holding a job, a potential drag on broader economic growth.

The economy is expected to generate 9.8 million new jobs, a 6.5% increase, from 2014 to 2024, the Labor Department said in new projections released Tuesday. While steady, that is a historically slow pace. By comparison, 10-year job creation averaged almost 14% during the 2001-07 expansion and close to 17% during the 1990s.

The slowdown highlights declining participation as baby boomers retire and younger Americans opt out of the workforce. Those two trends are expected to continue to push the labor-force participation rate lower, to 60.9% in 2024 from 62.9% in 2014, Labor estimates. If realized, that would be the lowest level since 1973, when Richard Nixon was president.

Federal Reserve Chairwoman Janet Yellen at a congressional hearing last week held out hope the participation rate would hold near current levels as people came off the sidelines and into jobs.

“I don’t think we should expect to see labor-force participation move up a great deal over time,” she said, noting the aging population. “If it were simply stable over time, rather than on that declining trend, I think we would be absorbing people who were perhaps discouraged.”

The Labor Department estimates that the slowdown of labor-force growth will lead to economic growth around 2.2% annually over the decade. Gross domestic product, or GDP, is the broadest measure of economic output. It has been stuck around the 2% mark since the end of the latest recession. Growth above 3% had been common before the financial crisis struck.

(The demographic shifts extend well beyond the U.S. Next year, the combined working-age population of the world’s advanced economies will decline for the first time since 1950, according to United Nations projections, and by 2050 it will shrink 5%. The economic implications are vast.)

Much of the job growth in the coming decade will focus on services for the elderly. Health-care occupations and industries are expected to have the fastest employment growth and add the most jobs through 2024, Labor said.

Other industries with strong growth include construction, education, professional and business services, and mining, a category that includes oil and gas exploration and production.

Employment in government, utilities, manufacturing, agriculture and information are expected to decline.

Other highlights of the report include: 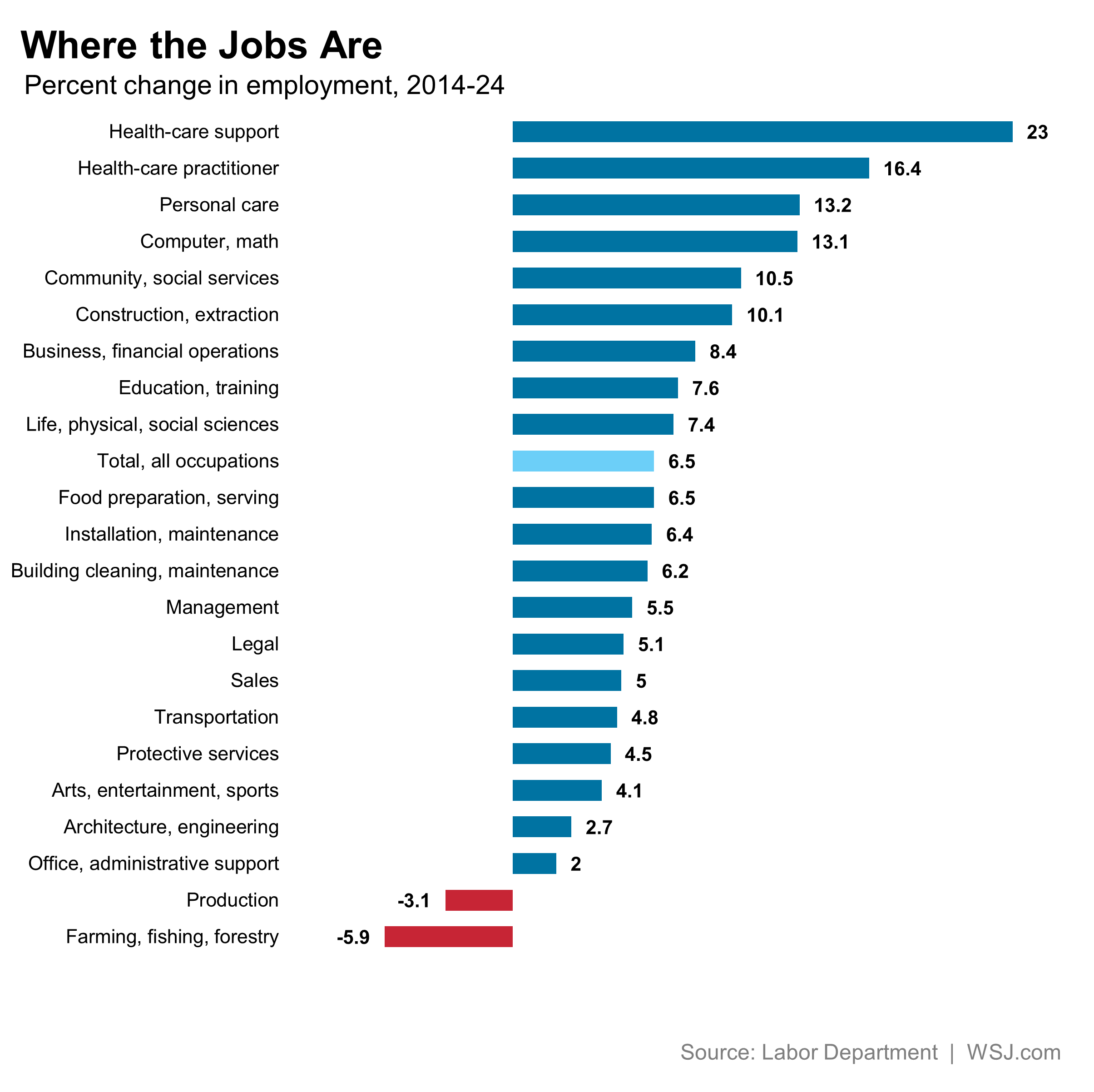 How Demographics Rule the Global Economy