As Ebola Rages at Home, Liberian Doc in US to Get Gloves, Basic Supplies

Even with the worst-ever Ebola outbreak raging in her home country, a Liberian doctor is spending weeks in the U.S. rather than flying home as planned.

Dr. Roseda Marshall, chairman of pediatrics at the University of Liberia’s A.M. Dogliotti College of Medicine, said that she needs to raise money and gather supplies in America because, on a daily basis, things as simple as face masks and gloves can be in short supply in Liberia.

Even before the outbreak, Elikem Tomety Archer, senior director for international partnerships and programs at the humanitarian aid group Americares, said that she saw hospitals located in the areas affected by Ebola rationing gloves so doctors only got four pairs per day, no matter how many patients.

“We’ve received requests from our partners on the ground, in Liberia and Sierra Leone that they do not have equipment that they need in the quantities to prevent disease from spreading,” said Archer. “It’s creating a fear for the health workers, who on any given day [even] before this outbreak were putting their lives at risk treating HIV or hepatitis patients” without proper safeguards.

Now, with Ebola ravaging the population, the situation may be even more dire.

“We are dealing with an invisible enemy,” said Marshall, who spent more than 20 years in the U.S. before moving back to Liberia. “You can’t see the enemy until it kills you.”

The latest Ebola outbreak numbers are staggering, with 1,440 infected and 826 deaths from those infections, according to the World Health Organization. Liberia has had 468 cases and 255 deaths.

PHOTO: Protective boots are pictured hanging upside down in the isolation ward of Donka Hospital, where people infected with the Ebola virus are being treated in Conakry, Guinea on June 28, 2014.

With such an emergency on its hands, the Liberian government has ordered the hospitals and a medical school temporarily closed to allow doctors to deal with infected patients.

Marshall said she’s concerned about her patients with other illnesses. She often saw at least four to five pediatric patients a day with serious dehydration and fever before the Ebola outbreak at the country’s largest hospital, the John F. Kennedy Medical Center in Monrovia.

“People are not just dying from Ebola,” said Marshall. “Every day, you get four or five kids with malaria. What is happening to those kids now?”

Hoping to get support for her country, Marshall turned a planned visit with her daughters in the U.S. into an impromptu fundraising trip. Marshall was scheduled to fly home to Monrovia, Liberia, this Friday, but instead of getting on a plane, she will be travelling across the U.S. to medical schools and churches to help explain what is going on in Liberia and within the region’s impoverished health system.

“All the hospitals are closed. People are afraid if you think you have Ebola they don’t want to deal with you,” said Marshall. “I can do more here now than [there].” 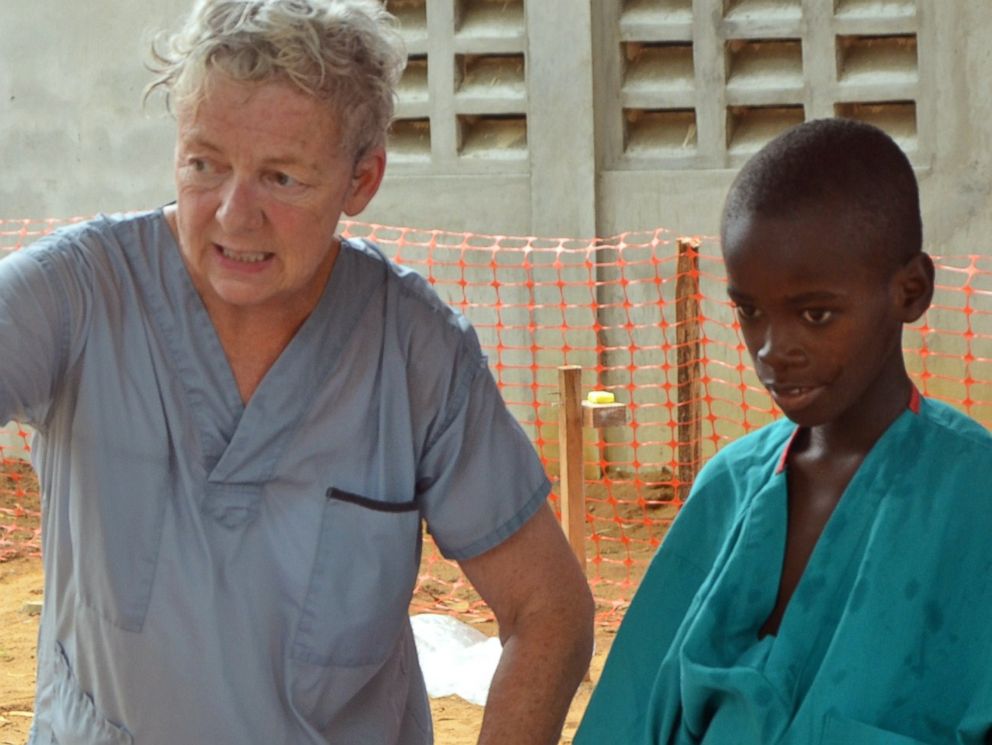 PHOTO: A 10-year-old boy walks with a doctor from Christian charity Samaritan’s Purse, after being taken out of quarantine and receiving treatment following his mother’s death caused by the ebola virus.

How Did US Ebola Patients Get Experimental Drug?

Patient at NYC Hospital ‘Unlikely’ to Have Ebola

Why We Don’t Have an Ebola Vaccine

This week, she spoke at Johns Hopkins University about the need for more help and medical supplies to support doctors in the country.

Aid organizations sending in medical supplies said under-equipped doctors have been putting their health in danger by treating patients without proper safety gear.