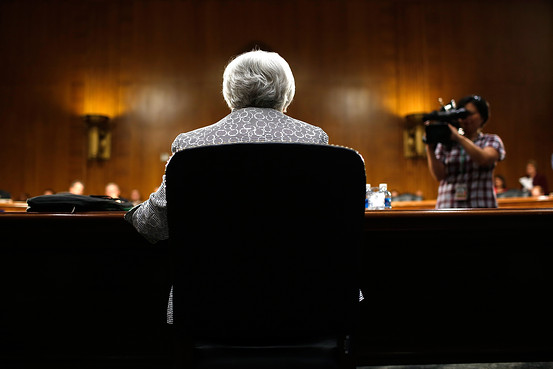 As American policymakers intensify their debate on when to raise interest rates, their Asian counterparts nervously wonder whether the next round of Federal Reserve tightening will trigger more market turmoil across the Pacific, like last year.

Calm down, says a new report from Goldman Sachs (Asia) L.L.C.  Countries that saw a rout in currencies and stocks last summer have since moved to insulate themselves from further shocks — though Indonesia, and, to a lesser extent, India, remain susceptible.

The question is timely as the Fed policy board meets Tuesday and Wednesday to discuss when to start raising rates, the next phase of tightening monetary policy after the taper — the winding down of the central bank’s quantitative easing asset buying program — ends in October.

Overseas capital has flowed back into emerging markets, with foreigners holding 37% of the bond market in Indonesia and 48% in Malaysia, and about 20% of the equity markets in the Philippines, Thailand, and India, the Goldman Sachs report says.

Shifts in Fed policy can whipsaw emerging markets highly dependent on foreign capital. When investors see rates, and returns, rising in the U.S., they tend to shift their money into American assets, drawing down holdings in riskier developing economies. That is particularly problematic for countries with high current account deficits — meaning economies highly dependent on borrowing from abroad, especially cheap funds made possible by the Fed’s now-evaporating massive money-printing operation.

Things have changed over the past year. “Current account positions across the region have broadly improved,” the Goldman Sachs report says. It notes that India’s deficit has fallen from more than 6% of gross domestic product to 1.4%. Thailand has moved from deficit to surplus, while Malaysia’s surplus has gone from shrinking to growing.

“There remains one outlier — Indonesia,” Ms. Lake says. While it has stopped growing, the deficit of 3.5% of GDP is the largest in the region. That, she adds, makes the Indonesian rupiah “the most vulnerable currency on this metric, given the need to attract inflows to finance the deficit.”

Two other factors could mitigate the volatility from further Fed moves.

One is that foreigners may retain their Asian investments, even with higher U.S. rates, persuaded that governments have better policies in place. “Reform steps — fiscal initiatives, tighter policy… — and/or political change in parts of Asia over the past 12 months” make many countries more appealing to long-term investors, the report says.

The other factor that could offset the impact of Fed tapering is the flood of money from the Bank of Japan and new easing from the European Central Bank. That point was cited in a recent Wall Street Journal interview by India’s central banker, Raghuram Rajan, a prominent critic of Fed policies over the past year. Mr. Rajan has accused the U.S. central bank of being insufficiently sensitive to the turmoil caused in emerging markets from shifts in American policy. But now the differentiation in policy is good, he said, giving India and others more breathing room.