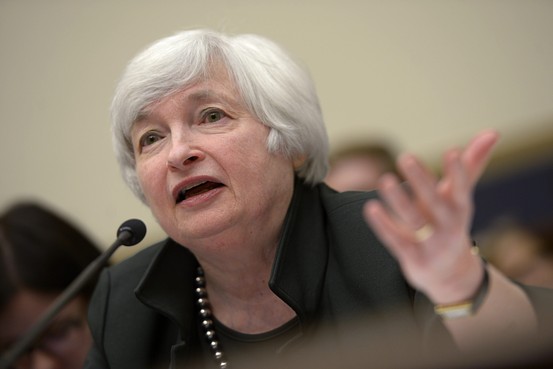 How the U.S. Federal Reserve interprets U.S. labor data is crucial for when it will decide to start guiding short-term interest rates higher. And that could have a big impact on Asian economies whose asset markets have been buoyed this year by cheap global money.

Federal Reserve Bank of Kansas City’s annual economic conference in Jackson Hole a year ago focused on the global impact of the Fed’s massive bond-buying program. The meeting took place as emerging market assets took a beating, spooked by uncertainties over how fast the Fed would wind up its extraordinary monetary stimulus as the U.S. economy recovered.

That question has been settled: the Fed agreed recently to end its bond buying by October. Investors have gotten used to a world without “quantative easing” and funds have poured back into emerging nations this year, especially small frontier markets.

But Asian policy makers remain concerned any sign of rising global rates will spark a new wave of outflows.

“The markets have been set up for a major shock to come,” said an official with an Asian central bank, who asked not to be named. The 10-year U.S. Treasury yield, at below 2.5%, is too low given the U.S.’s economic recovery, the official said. The fear is that yields will rise fast, drawing “hot money” out of emerging markets.

Ms. Yellen favors keeping short-term rates near zero well into 2015 even though unemployment has continued to fall and inflation is firming. That should be good for Asian asset markets in the short term. But some Fed officials believe rates should move higher earlier next year as inflation pressures build, and they also will make their case at Jackson Hole between Aug. 21 and 23.

“Asian policy makers will want to have a better understanding of how the Fed interprets the employment data,” said Frederic Neumann, an economist with HSBC in Hong Kong.

The U.S. unemployment rate has fallen to 6.2% in July versus a prediction by Fed officials in December 2013 that the rate would remain between 6.3% and 6.6% through the end of this year. Hawks at the Fed say rates should rise sooner than later.

Ms. Yellen, however, has argued there’s still slack in the labor market as more people seek work. Average hourly earnings of private-sector workers also are growing at only 2% on year, barely changed over the past few years.