Asia’s Dilemma: How to Reform When the Pressure is Off? – Real Time Economics 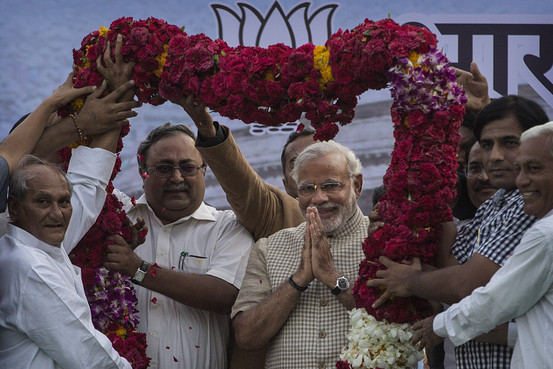 By any measure, Asia has had an extraordinary run these past few years. Despite wobbly demand elsewhere, emerging Asia continued to power ahead. Output is now more than 50% higher than before the global financial crisis, while in the U.S. and Europe output has barely made up lost ground. Much of this extraordinary resilience is due to the region’s ability to leverage up, spurred on by record-low global interest rates and local central banks that aren’t shy to add extra stimulus.

That was all well and good — and indeed required — when the bottom was falling out in the West. Over time, however, piling up debt is not a recipe for sustained growth; that requires gains in productivity. And there are signs that these have slowed, whether in China, India or much of Southeast Asia. To address this, far-reaching structural reforms are needed.

State-owned enterprises, sheltered and nurtured for too long, need to be exposed to competition. Subsidies, often driving wasteful consumption, should be curtailed, with saved funds diverted to infrastructure. Trade and investment liberalization, and slashing red tape, also would be powerful productivity drivers. The exact agenda differs from one economy to the next, but the entire region, from Korea to Pakistan, faces an urgent need to restructure.

The trouble is that the steps required are politically unpalatable. Voters, in Asia as elsewhere, are loath to give up cherished income support. Protected firms naturally resist anything that upsets their plush surroundings. Those benefiting from rules and regulations will be reluctant to let go. It takes courage to cut through it all and press ahead with reform.

And that’s especially tough when things are still chugging along nicely. The need for reform is a much tougher sell in the absence of a crisis. Calamity, after all, is the ultimate catalyst for decisive action, especially of the uncomfortable kind. In Asia, with money still cheap and few constraints on continued credit growth, there’s little pressure right now to speed up reforms that these economies will eventually need when the inevitable drought in debt one day sets in.

This, then, is Asia’s dilemma. The need to act is plain to see, but the drive to do so too often remains stuck in political mud. The natural path is that of least resistance. For most economies in the region this means raising debt further, while placing faith in promises of gradual reforms. The latest round of easing by the European Central Bank hasn’t done Asia any favors: It simply prolongs the period of extraordinary accommodation upon which many emerging markets have come to depend.

It may not be quite so dire everywhere. In India, a new government has promised to do what’s needed – perhaps because the country has gone through considerable economic upheaval in recent years, which helped concentrate minds in New Delhi. Meanwhile, in China, the new leadership is also professing determination. So far, though, the pace of reform remains slow everywhere.

If interest rates in the West were to rise, it would quickly spur Asian officials into action. That seems unlikely for now, though, so any confidence in Asia’s growth prospects has to rely on faith in officials’ foresight.

Frederic Neumann is co-head of Asian Economics Research at HSBC.