Atlantic City’s Jobless Rate Fell Most in October. How Does Your City Compare? – Real Time Economics 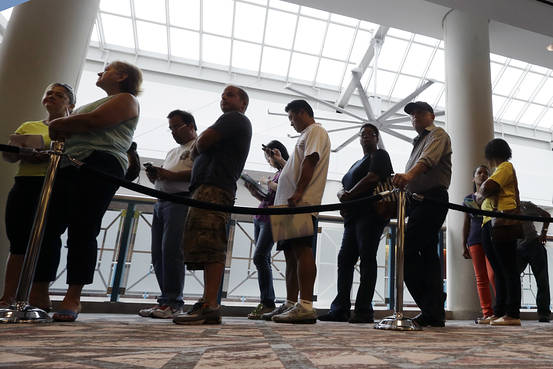 The jobless rate declined 2.5 percentage points on the year, some positive news for a seaside resort that has seen four casinos close since January 2014, taking thousands of jobs with them. The community’s share of the regional gambling market has declined precipitously as casinos in Pennsylvania, Connecticut and New York have opened.

The leisure and hospitality sector still accounts for 40,000 of the metropolitan area’s 130,000 jobs. But despite the decline in the unemployment rate, Atlantic City still ranks near the bottom of the list, number 373 of 387 metropolitan areas.

“A lot of the damage in Atlantic City already occurred,” said Bruce Bergman, an economist at the U.S. Bureau of Labor Statistics for New York and New Jersey. The size of the city’s labor force has also declined, he said, although the data doesn’t detail whether shrinking manpower is due to demographic change or job seekers moving to other areas.

Atlantic City’s 7.7% unemployment rate was down from 10.2% in October last year but remains considerably higher than 4.8% nationwide. The figures are not seasonally adjusted.

The nearby New York-Newark-Jersey City area had the largest over-the-year increase in nonfarm payroll employment of the most populous urban areas in October, adding 157,100 jobs. Its unemployment rate fell to 4.6% from 5.9% in October 2014.

Across the country, employment winners over the past year were concentrated in California. San Francisco and San Rafael had the lowest unemployment rates among populous divisions, at 3.3%, while the largest decline in that category’s jobless rate occurred in Los Angeles-Long Beach-Glendale.

Fargo and Bismarck, N.D., remained areas with the lowest unemployment rate last month at 1.8%. Yuma, Ariz., once again had the highest at 23.2%.