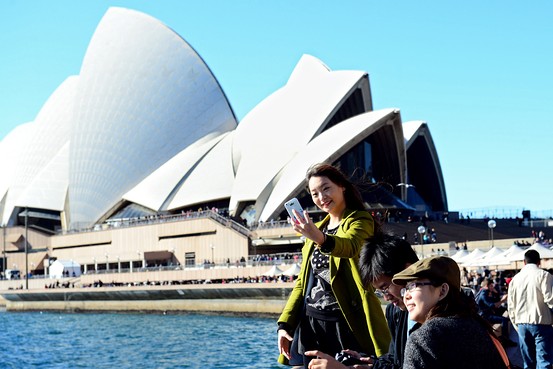 The Australian dollar’s tumble to a seven-month low is likely to be quietly welcomed by country’s central bank, which had been running short of ideas about how to rev up the flagging economy.

The currency’s recent decline–6% versus its U.S. counterpart in just a few weeks–will bring immediate relief to industries such as tourism, education and manufacturing, all substantial employers and highly sensitive to currency moves.

Matthew Circosta, an economist with Moody’s Analytics in Sydney, said the “key thing for the [Reserve Bank of Australia] is that they are trying to rebalance the economy, and the falling Australian dollar is one piece in that puzzle.”

“It will certainly improve the prospect for export-competing industries such as tourism, manufacturing and education,” he added. “Any fall in the Australian dollar, if sustained, is a net positive.”

Trying to stoke the economy, the RBA has held interest rates at a record low 2.5% for more than a year, but has only been rewarded with stagnant economic growth, a rise in unemployment and soaring housing prices.

The Australian dollar, or Aussie, was trading at around 89 U.S. cents in Asian hours Tuesday, down from around 94 U.S. cents in early September and US$105.50 as recently as April 2013. A resurgent U.S. dollar, evidence of slowing industrial production in China, weak commodity prices, and expectations that domestic interest rates will remain low for some time have hammered the Aussie.

RBA Governor Glenn Stevens has been jawboning the currency lower for some time, saying that it had been out of step with economic fundamentals and was overdue for a sharp decline.

Faced with a moribund economy, Mr. Stevens recently called on the “animal spirits” of business to lift the economy through increased investment, signaling that he had done about all he could in terms of lowering interest rates.

Another rate cut is seen unlikely, given the surge in property prices. In Sydney, for example, they have jumped 15% over the past 12 months.

Further declines in the Aussie would also be welcomed as a tonic for a struggling economy, particularly given that the price of iron ore, Australia’s biggest export, was trading at a five-year low Tuesday, having fallen more than 40% this year.

Saul Eslake, chief economist at Bank of America-Merrill Lynch, said a mix of factors is pushing the Aussie lower, and the RBA will view them very differently.

The first is the indication that the U.S. Federal Reserve will normalize monetary policy next year, which has strengthened the U.S. dollar.

“If that is the main cause of the fall in the Australian dollar, then the Reserve Bank will breathe a sigh of relief as it will materially assist the rebalancing of the economy,” Mr. Eslake said.

The central bank would be less pleased, though, if a slowdown in China becomes the bigger driver of the currency’s weakness, he added, given that it would damp growth prospects.