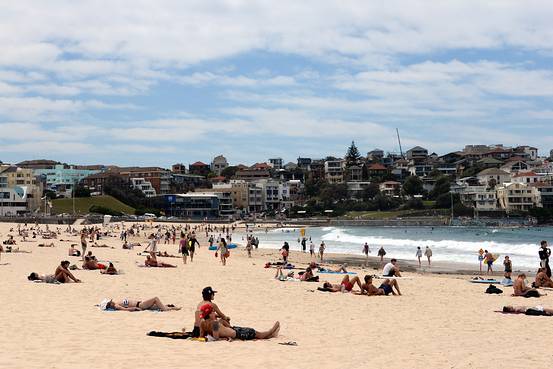 Prices in desirable neighborhoods like Bondi Beach, pictured, have driven fears of a housing bubble in Sydney.
Getty Images

While stalling growth triggered the Reserve Bank of Australia to cut its benchmark interest rate to a record low earlier this year, worries that easier lending could stoke a property bubble persist.

But the latest batch of data on house-price growth suggests those concerns are inflated—and if there is a problem, it’s almost exclusively Sydney’s. That should liberate policy makers to cut rates further.

House prices grew nationally by a modest 7.4% on-year in March, according to CoreLogic RP Data, its slowest pace since September 2013. By comparison, Sydney prices shot up 13.9% over the same period.

“Sydney’s growth trend appears to have disengaged from the rest of the capital city housing markets,” said Tim Lawless, head of research at CoreLogic RP Data.

That Sydney comprises just 20% of Australia’s housing stock should give the Reserve Bank of Australia greater freedom to lower interest rates. It looks increasingly likely this could happen a policy meeting on Tuesday, which would lower the official cash rate to 2.0% from 2.25%.

So, why is the trend limited to Sydney?

Sprawling from the mouth of Sydney Harbor in the east to the Blue Mountains around 50 kilometers (31.3 miles) inland to the west, the city is Australia’s largest metropolis and financial hub. Wealthy buyers—many of them Chinese—are drawn to the city’s good schools and colleges. They have crowded the desirable beach areas like Bondi, and the many quiet coves that line the harbor.

To be sure, that Sydney is outpacing other cities suggests the national property market could be returning to normal.

During the mining boom, resources and capital shifted toward iron-ore and gas projects in Western Australia. Perth house prices shot up to rival Sydney. Home prices in both cities were nearly on par in 2007. Perth has lost its luster as iron-ore prices collapse—this week to 10-year lows—and new investment in the state dries up as China’s economy slows.

The Sydney house-price issue is a “discreet” problem for the nation, best suited to a microeconomic policy response, says Adam Boyton, chief economist at Deutsche Bank, Australia, based in Sydney. Sydney’s prices shouldn’t stand in the way of an interest rate cut that would benefit the broader economy, he says.

A number of factors make the case for further cuts: collapsing iron-ore prices, a relatively strong Australian dollar; weakening consumer and business confidence. The RBA appears more likely to cut growth forecasts than raise them in the near future.

The economy grew by just 2.5% in 2014, not enough to reverse a drift up in unemployment, which now stands at its highest level in over a decade.

Recent RBA missives have shown a clear bias to cut interest rates further. Isolating the housing problem should mitigate fears of fanning a country-wide property price surge. And with inflation grounded, the RBA has scope to cut.