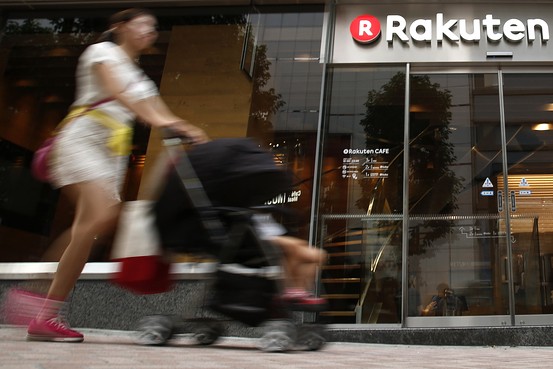 Monday’s revelation that the Japanese economy shrank more than previously reported in the three months through June is showing how a sales-tax hike in April is taking a greater toll than at first hoped.

The government raised the tax to 8% from 5% on April 1 to help pare the nation’s large public debt. Prime Minister Shinzo Abe was hoping the economy would contract by a manageable amount in the second quarter after the sales tax increase and then rebound in the three months through end-September as consumers and business got over the shock of higher prices.

The 7.1% revised contraction and the 6.8% initial reported don’t sound very different. But that masks a massive downward revision in capital expenditure to an 18.8% contraction from 9.7% in the earlier figures. Inventories were also revised up.

This paints a picture of a corporate sector that is ratcheting back on spending and building up stockpiles amid weak consumer demand after the sales tax hike. Consumers are reeling from higher prices and wage growth that hasn’t kept pace, a signal that companies are unsure whether “Abenomics” – last year’s dual monetary and fiscal stimulus – will deliver long-run growth.

These revisions also help explain why the pickup in the current quarter has been weaker than expected, according to data available so far. Mr. Abe has said he’ll use the state of the economy in the quarter through end-September to determine whether to push ahead with another sales tax hike to 10% next year.

So far, the data means that won’t be an easy decision.

Household spending fell 5.9% from a year earlier in July, adjusted for price changes, much worse than economists’ forecast of a 2.9% drop. Industrial output inched up 0.2% in July, well below expectations of a 1.2% increase.

The boost from overseas demand that some economists forecast would help Japan shake off the post-sales tax hangover hasn’t materialized either.

Real exports adjusted for seasonal factors rose 2.2% on month in July, the first rise since April, according to the Bank of Japan. Yet they remained below April’s level.

Even lawmakers admit things aren’t exactly going according to plan.

“The economic recovery in the July-September period has been more gradual than expected,” said economy minister Akira Amari on a program hosted by national broadcaster NHK on Sunday.

He attributed the slower-than-forecast recovery to sluggish household spending, as bad weather kept shoppers from going out. “I think that there’s a little bit of consumers tightening their wallet strings because they know the sales tax is going to rise to 10% next October,” he added.

Most economists bet Mr. Abe will decide to go ahead with the sales tax despite the weak data, but the administration will have to step in to give the recovery extra oomph.

“I think the base case is they go ahead with the sales tax hike. If they do it, it’s almost certainly going to be accompanied by announcement of extra stimulus,” said Izumi Devalier, an economist with HSBC.

Because previous rounds of government spending crowded out private investment, stimulus will most likely take the form of income tax cuts and support for lower income households, she added.

Ms. Devalier said the Bank of Japan is unlikely to unleash another wave of monetary stimulus for now as officials there are still confident that inflation will hit the bank’s 2% target sometime next year, in part due to a lack of slack in the job market.

Takuji Okubo, chief economist at Japan Macro Advisors, said that policy makers are likely to hold off on stimulus until the beginning of 2015, even if Mr. Abe decides by the end of the year on the next tax increase.

“Why? It is because as soon as they start discussing on the stimulus measures, the first question they would face is why they would not cancel the consumption tax rate hike to 10% in 2015.”