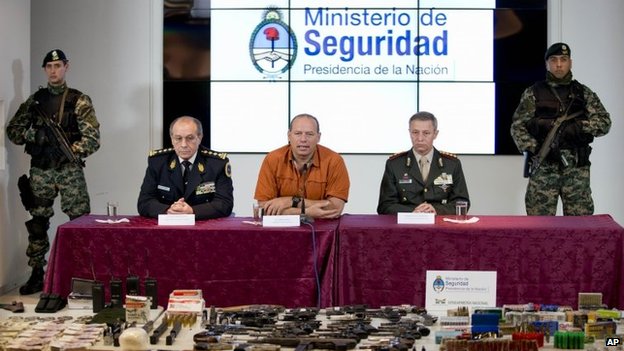 Argentina says it has foiled a plan to produce and ship liquid cocaine to the United States and Europe.

At least eight people are suspected of having sent two tonnes of the drug, mixed with insulating oil inside large transformers, to Mexico.

It was the second seizure of liquid cocaine in Argentina this year.

Police suspect this type of trafficking is on the rise, the Argentine media reported.

In February, liquid cocaine was found hidden in a tanker lorry. 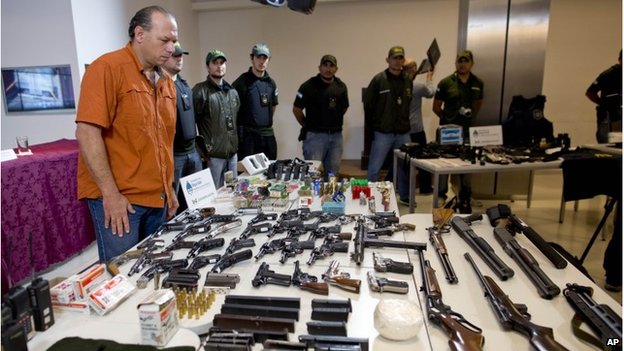 The authorities say they have been investigating the gang since 2012 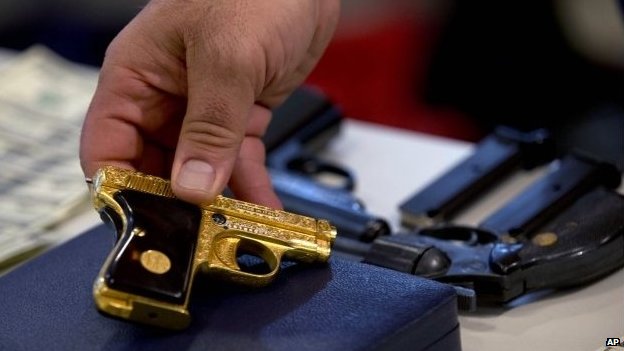 The transformers made it through customs controls in Argentina and in Mexico, Mr Berni said.

But on closer inspection, a team of Argentine investigators who had been on the gang’s trail since 2012 found the drugs.

The shipment, seized in the Yucatan Peninsula two weeks ago, would have reportedly have a street value of $40m (£24m).

From Mexico, the drugs would allegedly be smuggled into the US and Europe.

“The important thing is to investigate, to not be afraid, to show courage like this judge did,” Mr Berni praised the investigating judge in charge of the case, Sandra Arroyo Salgado.

On 22 April, a Mexican chemist was arrested in the Buenos Aires district of Belgrano after a shootout with the police.

Mr Berni said Cesar Cornejo travelled to Argentina after his partners – most of them serving and former policemen – procured enough cocaine in other South American countries.

The drug was then mixed with insulating oil and hidden in transformers.