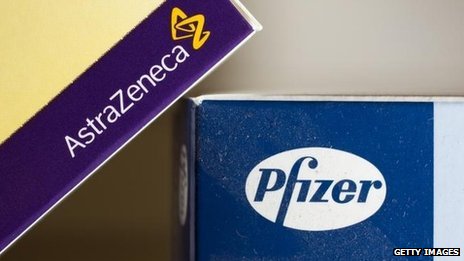 Fund manager Schroders wants AstraZeneca to “recommence engagement” with Pfizer, after the UK drug maker rejected a takeover by its US rival.

UK-based Schroders is the twelfth largest shareholder in AstraZeneca, with a 2% holding.

On Monday, AstraZeneca rejected a £55 per share bid from Pfizer, who said the proposal would be its final offer.

AstraZeneca said this undervalued the company and the takeover is viewed as highly unlikely at this stage.

In a statement Schroders said it “would encourage the AstraZeneca management to recommence their engagement with Pfizer and subsequently their shareholders”.

It continued: “Schroders notes with disappointment the quick rejection by the AstraZeneca board of the latest offer from Pfizer, and the decision of the Pfizer board to draw a premature end to these negotiations by calling their latest proposal final.”

Schroders joins other shareholders such as Axa Investments and Jupiter Fund Management in expressing disappointment at the AstraZeneca decision not to speak in greater detail to its shareholders.

However, others such as Woodford Investment Management (WIM), Aberdeen Asset Management, and M&G Investments, support an independent AstraZeneca.

Neil Woodford, who founded WIM, told the BBC that he would “make more money for my investors by AstraZeneca remaining independent”.

“I could not see how one-plus-one [Pfizer and AstraZeneca as one company] would create synergies and there are significant execution risks,” he added.

Pfizer had planned to create the world’s largest drug company, with its headquarters in New York, but based in the UK for tax purposes.

AstraZeneca chairman Leif Johansson had said that Pfizer’s pursuit had been “fundamentally driven” by the corporate financial benefits.