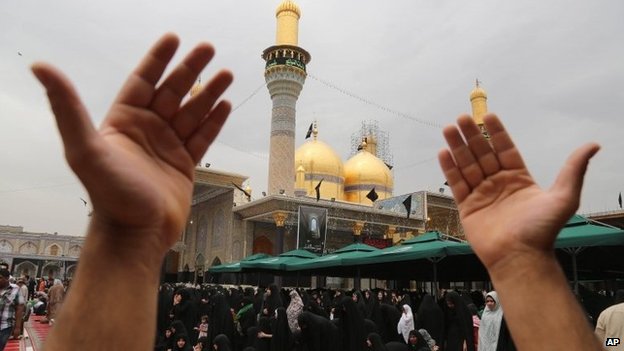 At least 24 Shia Muslim pilgrims have been killed in three bombings in the Iraqi capital, Baghdad, officials say.

Suicide bombers targeted pilgrims walking along main roads in the western area of Mansour and in Bab al-Sharji, in the city centre, while a car bomb exploded in Urr, an eastern district.

Security had been increased to protect the tens of thousands of pilgrims going to the shrine of Moussa al-Kadhim.

They are marking the anniversary of the seventh Shia imam’s death in 799.

Thursday’s deadliest attack happened in the Urr district, where a vehicle rigged with explosives blew up, killing at least 10 people, including seven children under 14 years of age, police told the Associated Press.

In Mansour, a man dressed in a long, black woman’s robe, or abaya, blew himself up among a crowd of pilgrims, the AFP news agency reported. At least nine people were killed. The second suicide bomber detonated a car bomb in Bab al-Sharji, killing another five. 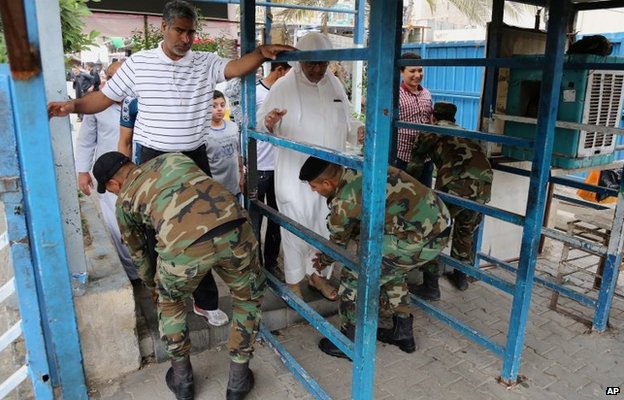 No group has said it was behind the bombings, but pilgrims are frequently targeted by extremist Sunni militants who consider Shia heretics.

Earlier, three policemen and two civilians were killed when a suicide bomber drove his explosives-laden vehicle into a security checkpoint in Mishahda, about 30km (20 miles) north of the capital.

The margin of victory was greater than most analysts and politicians had forecast, and Mr Maliki is now in a strong position to secure a third term as negotiations over forming a coalition government begin.

Other parties have voiced strong opposition, blaming the prime minister for the sectarian violence that has left more than 3,500 people dead this year, and accusing him of trying to monopolise power.