Up to 190 engineering jobs are to be created in Wales by BT as part of a recruitment drive across the UK to support the rollout of fibre broadband.

The firm said it was keen to recruit in specific areas around Wales such as Newtown, Cardigan, Bangor, and Wrexham.

It hopes to employ 1,600 new engineers throughout the UK, with many of the roles expected to be taken up by women and ex-armed forces personnel.

The engineers will bring more high-speed fibre broadband to communities.

BT said its local network business, Openreach, had already made fibre broadband available to more than 19 million UK homes and businesses, some two thirds of the country.

The firm said its new engineers would help Openreach to continue to improve customer service as it strived to install new lines and fix faults more quickly.

It is keen to recruit in:

The business expects a significant number of the engineering roles to be taken up by ex-servicemen and women, and it is particularly keen to recruit more female engineers and has launched a campaign encouraging women to enter the world of engineering.

Ann Beynon, BT director for Wales, said: “Not only are we building a superfast broadband network, which is giving a major boost to Welsh households and businesses, we are creating highly skilled local jobs offering exciting careers, such as those announced today.

“Working with our partners in the public sector we are determined to ensure that Wales is in the best position possible to take full advantage of the superfast broadband revolution.” 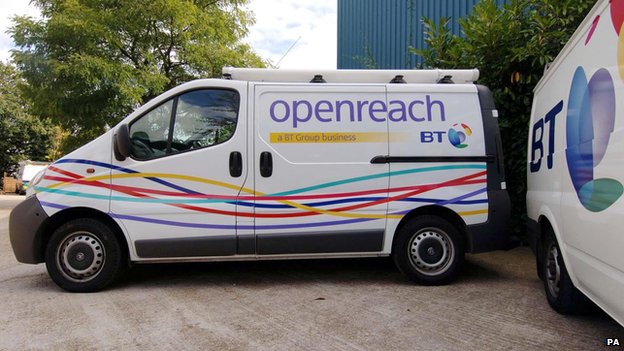