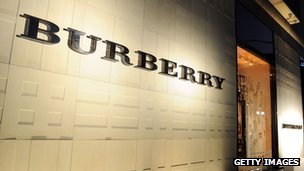 Burberry, the UK luxury fashion brand, has announced a jump in annual profits and revenue.

Both figures represented records for annual results, the firm said.

The company, which already has a strong presence in China, said it would be focusing on the Japanese market, particularly in Tokyo and Osaka.