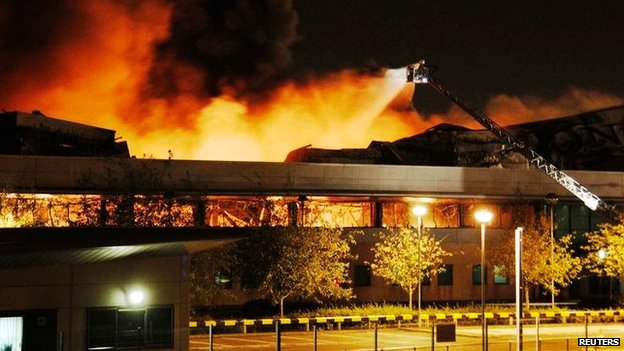 Businesses whose property is damaged in riots can recover “consequential” losses stemming from the incident, the Court of Appeal has ruled.

Previously it was believed compensation payable by police under the Riot Act was limited to physical damage.

The case was brought against the London Mayor’s Office for Policing and Crime by insurers of Sony, whose warehouse in Enfield was attacked and burnt in 2011.

The incident was the largest ever arson attack in Europe.

About 25 youths smashed their way into the warehouse, looted it and then threw two petrol bombs, leaving the building to burn for almost 10 days, resulting in its total destruction.

The BBC’s legal correspondent, Clive Coleman, says the court ruling could affect other businesses burnt and looted in the August 2011 riots, and those affected by any future riots.

He says the judgement does not mean that businesses will receive every penny of their “consequential” business losses.

If, for example, the business owner has invited rioters inside, or does not have a sprinkler system that would have reduced loss, that can be taken into account.

The Mayor’s Office for Policing and Crime said it noted today’s judgement and was “considering potential next steps in the legal process”.