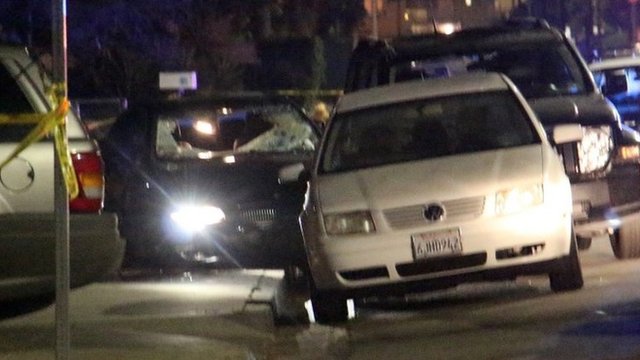 A Hollywood filmmaker believes his son carried out drive-by shootings that killed six people in California late on Friday, a family lawyer says.

Peter Rodger, who was assistant director on The Hunger Games, thinks the attacker was his 22-year-old son Elliot, the statement said.

The gunman died of bullet wounds after going on a rampage near Santa Barbara.

Police are investigating a video in which a man complains of rejection by women, threatening revenge.

Authorities have not confirmed the identity of the gunman, or that of the young man seen in the YouTube video.

But Peter Rodger’s lawyer said the “family believes the child was the perpetrator”.

He said the son had Asperger’s syndrome, had trouble making friends and had been receiving professional help.

The family is co-operating with police, the statement added.

Seven other people are in hospital, and being treated for bullet wounds.

Witnesses described seeing a black BMW speeding through the streets, with shots being fired at people.

Police say they were alerted around 21:30 on Friday (04:30 GMT on Saturday). Six minutes later, the suspect and responding officers exchanged gunfire.

The suspect fled. But after a second exchange of fire with police, he eventually crashed into a parked vehicle.

He was found dead in his car with a bullet wound to the head. although police say it is not yet clear whether the wound was self-inflicted.

A semi-automatic handgun was recovered from the vehicle. 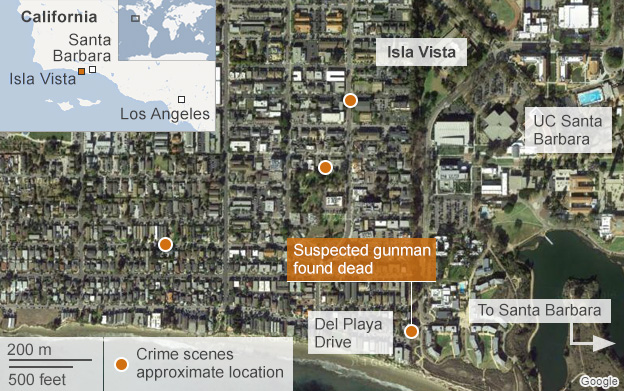