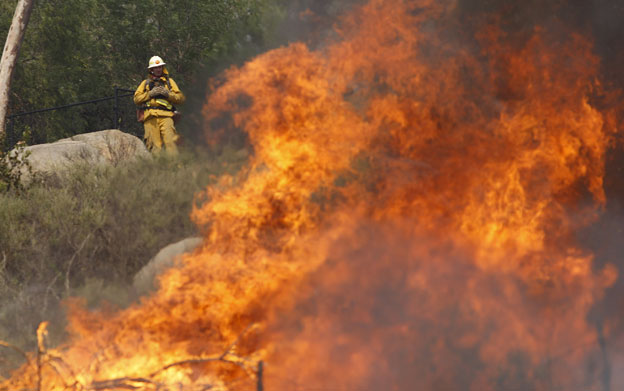 California firefighters have continued to battle wildfires, which have scorched more than 11,000 acres and caused thousands to flee.

There were 13,000 new evacuations in San Marcos on Thursday evening.

The pair have not been linked to the larger fires that have destroyed 18 homes, caused $20m (£12m) in damage and claimed at least one life.

A badly burned body was found in Carlsbad, about 30 miles north of San Diego, on Thursday.

San Diego County Sheriff Bill Gore said investigators looking into what has caused so many fires since Tuesday will consider arson as a possibility. 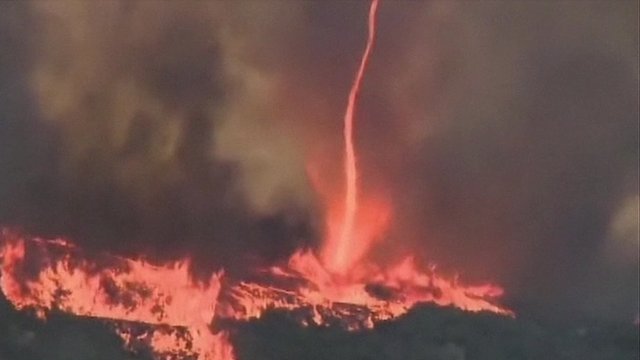 A dramatic “firenado” spawned by one of the wildfires

Schools across the region were closed and a nuclear plant and a military base were earlier evacuated.

Months of drought have made California particularly prone to fire this year, and the crews managing the evacuations and battling the blazes have had to contend with sweltering heat.

But calmer winds on Thursday allowed aircraft – including four air tankers and 22 military helicopters – to be deployed to fight the flames.

What is a ‘firenado’?

They are actually fairly common in intense wildfires. Here’s the science: Fires obviously generate a lot of heat, and heat rises. Heated air rises even faster when surrounded by relatively cooler air on the edges of major fires, and vortexes can form in particularly strong updrafts. If those vortexes contain flame, you’ve got yourself a firenado.

The Legoland theme park in Carlsbad was closed due to power surges, while San Onofre nuclear power plant briefly evacuated non-essential staff as a precautionary measure.

And the campus of California State University-San Marcos, with almost 10,000 students, was shut down amid the university’s final exams.

Fires also hit the Marine Corps base at Camp Pendleton, between San Diego and Los Angeles.

“This is May, this is unbelievable. This is something we should see in October,” he said.

There have already been 1,400 wildfires across the state this year, twice the usual number. 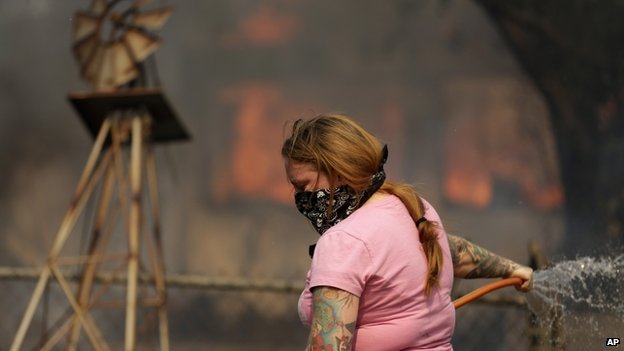 Locals struggled to ward off the flames in Southern California 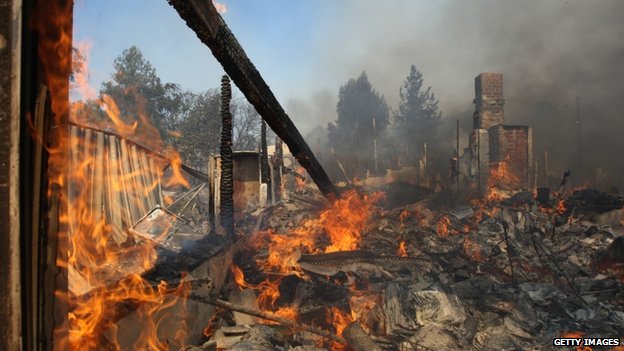 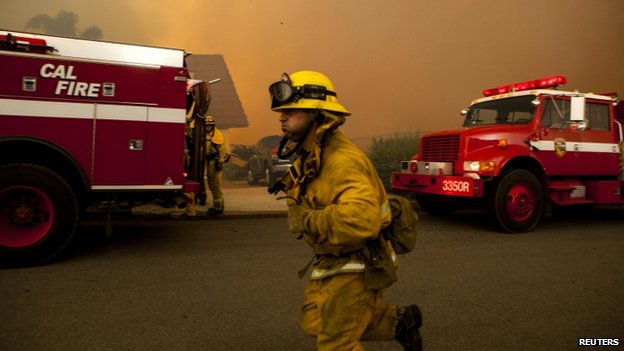 More than 13,000 new evacuation notices were issued after a wildfire flare-up 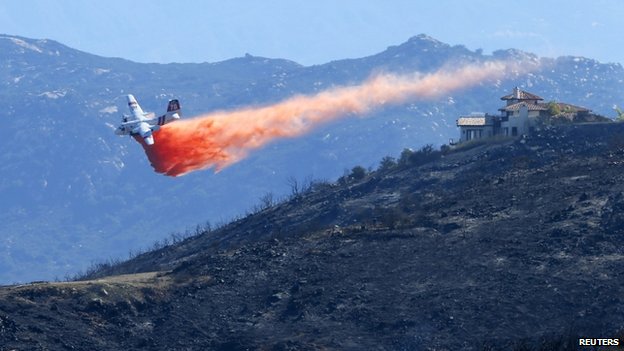 A water bomber flew over a hillside in San Marcos, California 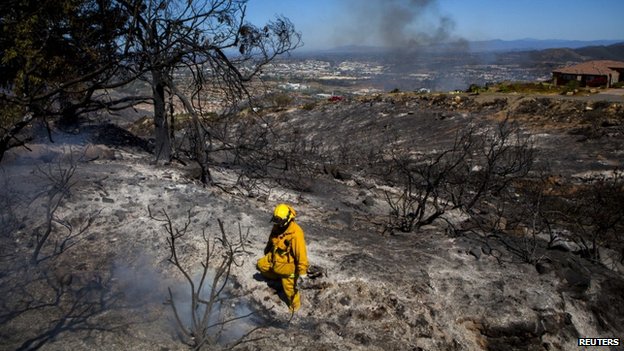 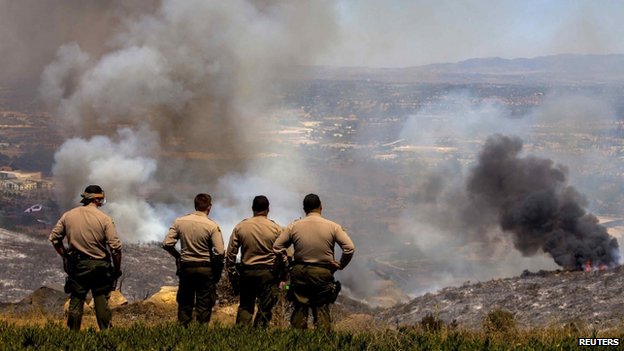 Are you in the area? Have you been affected by the wildfires? Email your experiences to haveyoursay@bbc.co.uk with ‘wildfires’ in the subject.