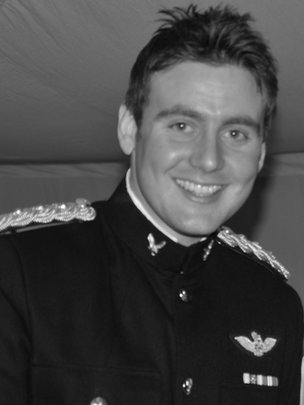 Capt Clarke was described as an exceptional aviator and forthright leader

Tributes have been paid before the funeral for an Army pilot who died when his helicopter crashed in Afghanistan.

Capt Thomas Clarke, 30, from Cowbridge, was killed along with four others in April, including L/Cpl Oliver Thomas from Brecon.

His funeral procession will stop at the war memorial in the town for a flag-lowering ceremony en route to a service at the Holy Cross Church.

The Deputy Commander Army Air Corps said: “We’re gathered here to say farewell to a highly respected and talented Army aviation officer and it’s testament to that respect and his wide popularity that so many of his friends and colleagues are turning up from across the joint helicopter command right across the UK.”

A private ceremony will take place at Coychurch crematorium.

Businesses in Cowbridge will be closed for 15 minutes from 12:45 BST in memory of the soldier.

Capt Clarke was one of the Army Air Corps pilots of a Lynx helicopter which came down in Kandahar province, 30km from the border with Pakistan.

An investigation into the cause of the crash is ongoing.

The Ministry of Defence has said the accident happened during a routine flight.

Capt Clarke, was described by his army superiors as an “exceptional aviator and forthright leader” who always placed himself at the centre of squadron life.

The funeral service is being held at 13:00 BST. 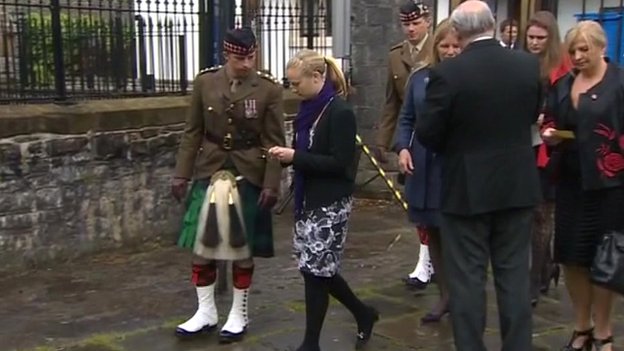 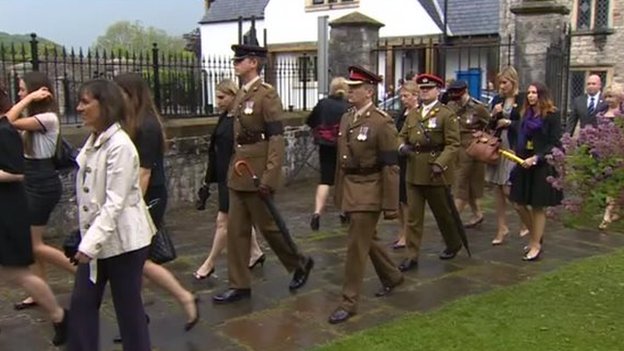 Capt Clarke’s comrades are among those to attending the service 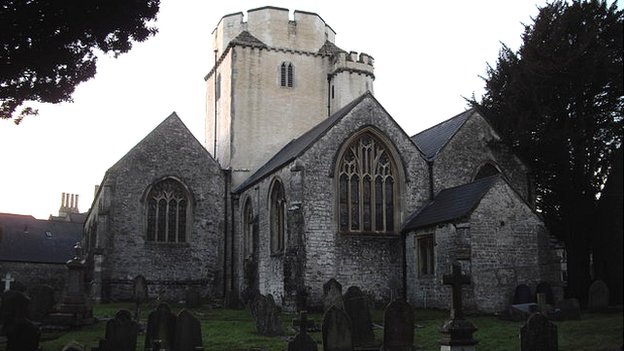 The service will be held at Cowbridge’s Holy Cross Church