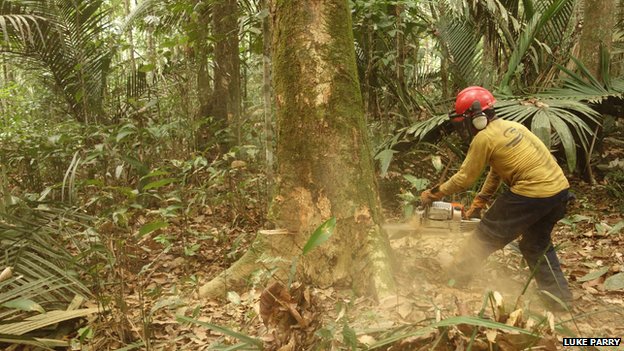 The amount of carbon lost from tropical forests is being significantly underestimated, a new study reports.

Experts say that in addition to loss of trees, the degradation of trees by selective logging and fires causes large amounts of “hidden” emissions.

The study team say that 40% of carbon emissions from deforestation in the Amazon is due to degradation.

The research is due to be published in the journal Global Change Biology.

The rapid removal of trees in the Amazon rainforest has been a significant source of global carbon emissions for many decades.

It is said to account for around 12% of human induced greenhouse gases, roughly the equivalent of both agriculture and transport.

But the estimates of these losses have relied mainly on satellite observations to count the missing trees.

Scientists have long been aware that the human impact on the rainforest is a slow process and that carbon is being lost even though the satellites show the tree cover is still intact.

The researchers compared four different types of forest to accurately assess the scale of emissions. They looked at undisturbed sites, selectively logged sites, forests that had been logged and burned and sites that had once been turned into pasture and were now returning to forest.

“With the loss of the big trees from selective logging and fire, you see them being substituted by loads and loads of small diameter trees and lianas – that make a highly dense understory,” said Dr Berenguer.

This new study attempts to overcome these limitations by using on-the-ground assessments. Over 70,000 trees were measured and over 5,000 soil samples were taken in an effort to get an accurate picture of the impact of degradation.

“When we talk about deforestation, we completely remove the forest and all that carbon is lost.”

“When you talk about degradation it is more cryptic. Chunks of the forest are affected but when you look from the satellite image you still see trees, you just don’t know the condition, and that is why it is overlooked.” 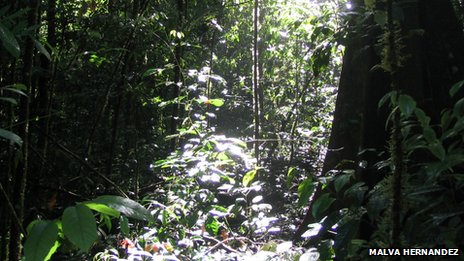 Degradation is slow moving and the researchers acknowledge it is hard to measure. They believe that this is one of the reasons that it has been underestimated.

Another factor is that in Brazil much of the degraded forest is in private hands, meaning that researchers have to work with a large numbers of landowners to assess the losses.

The team believe their study is the most accurate picture yet of the scale of emissions from this source. They believe that in 2010 this amounted to 54 billion tonnes, around 40% of the carbon loss from deforestation in the Amazon.

“These edge effects happen when you fragment a forest, when it is close to a pasture, that border is subject to higher temperatures, higher winds and the forest starts dying out from the edge toward the core.”

The scientists believe that degradation is having an impact on global emissions of carbon as forests in Indonesia and Africa are all subject to similar processes. Existing efforts to tackle the problem they say, are simply not effective.

“The take-home message from this report for me is the need for better management of tropical lands, with strict controls on selective logging to avoid unnecessary damage to the forest,” said Dr Simon Lewis, a forest scientist at University College London, who wasn’t involved with the study. 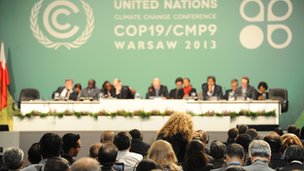 Reducing emissions from deforestation and degradation plus pro-forest activities (REDD+) has been a key part of global climate negotiations for over a decade.

Delegates have been trying to find a way to pay countries to reduce emissions from forests but the process has struggled to find robust methods for verifying the actions taken to curb deforestation.

Last November in Warsaw, negotiators agreed a significant step forward that many observers believe will be key to preserving forest carbon.

“This needs to be joined together with fire management, to avoid fires getting near tropical forests.”

Monitoring for degradation has been attempted in Brazil in the past but was discontinued after a number of years. The researchers believe that it is crucial not only to increase the accuracy of carbon counts but to ensure that future attempts to limit activities that encourage degradation are enforced.

But Dr Berenguer believes that researchers and consumers have a role to play as well.

“I would like to see the scientific community paying more attention to it, it is difficult work but we can’t overlook it anymore.

“I would urge the general public to pay attention to their shopping, they can lead to these high levels of emissions by buying uncertified timber.”