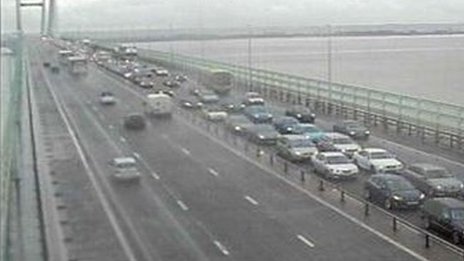 Motorway traffic into Wales is facing delays for a second day as thousands of rugby fans head to the Heineken Cup Final in Cardiff.

It says this is partly due to fans driving to the Millennium Stadium for the Toulon-Saracens match at 17:00 BST.

On Friday evening there were 32-miles of stop-start traffic on the M4 ahead of the Amlin Challenge Cup final.

The bank holiday getaway traffic was also a likely factor in the delays, according to Traffic Wales.