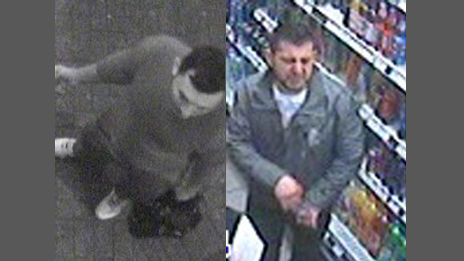 Police have released images of two men they want to trace as part of an inquiry into the rape of a woman in the Govanhill area of Glasgow.

Police Scotland want to speak to two men who were spotted with the woman on Allison Street near Cathcart Road and in Cathcart Road near to the Spar Shop.

Officers appealed for information and urged the men to contact them.

Detectives said they believed the men may have information that could help officers with their investigation.

Both men were seen in the area between midnight and 01:00.

Meanwhile, detectives said there was nothing to suggest a link between the Govanhill attack and a sexual assault on a 33-year-old woman in Toryglen on 10 May.

Supt Brian McInulty said: “I understand that members of both communities may be worried following these assaults.

“At this time there is nothing to suggest that these incidents are linked.”

Supt McInulty added that two teams of specially trained officers had been dedicated to the inquiries, with several lines being investigated.