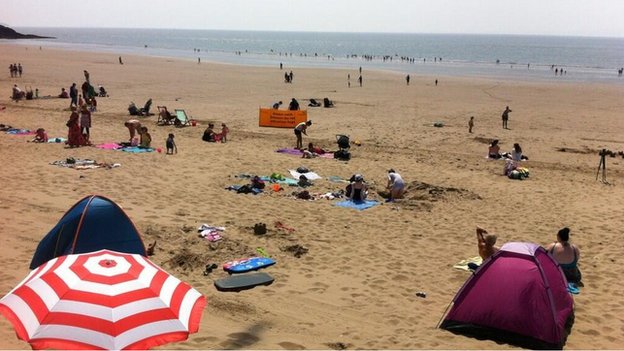 A campaign to prevent children going missing at the beach is being launched ahead of the bank holiday weekend.

Whitmore Bay in Barry Island is the focus for a wristband drive by the RNLI as the busiest Welsh beach it patrols.

There were 200 incidents there involving missing children in each of the last two summers, the charity said.

Anti social-behaviour will also be targeted and a no-drinking zone enforced on the beach as part of wider safety measures involving the police.

“However, the RNLI was shocked to see such a notable number of incidents which are so very easily preventable – missing children for example.

“There are some very simple steps people can take to ensure they can enjoy the beach safely over the holiday period.”

Wristbands for children on which parents can write contact details will be offered free of charge from lifeguard huts. 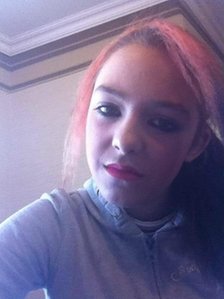 Police community support officers patrolling the beach every weekend will also hand them out, and offer advice about agreed meeting points should children become separated from their parents.

Community safety group the Safer Vale Partnership is supporting the project along with British Transport Police, Vale of Glamorgan Council and local shops and tourist attractions.

RNLI lifeguards first appeared at Whitmore Bay in 2012, and will be on duty every day throughout the summer from Saturday until 7 September.

Ms Davies said the advice to visitors was to always choose a beach with lifeguards and only swim or bathe between the red and yellow flags.

She added: “If a child does go missing, calmly check your surroundings first, ensuring other children remain monitored, contact the lifeguards or police and keep them informed and let all searchers know once the child is found.”

In July 2013 a major air and sea search was launched for Hollie McClymont, 14, from Glasgow, who got into difficulties in the sea off Barry Island.

Her body was recovered from the sea at nearby Fontygary three days later.

The RNLI said nearly 2,000 people got into trouble on Welsh beaches last summer, with a 32% increase in incidents compared to 2012.