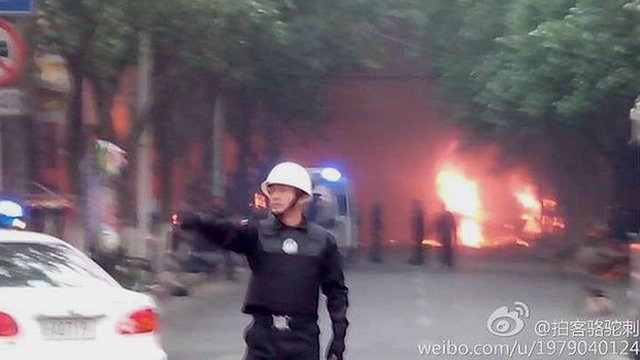 Five people involved in the Xinjiang attack that killed 31 people “blew themselves up”, a Chinese report says.

The attack took place early on Thursday in a market place in Urumqi.

More than 90 other people were injured as attackers in two vehicles drove into crowds and threw explosives. One of the vehicles then blew up.

China called the attack a “violent terrorist incident”, while the US called it an “outrageous act of violence against innocent civilians”.

UN Secretary-General Ban Ki-Moon said there was “no justification for the killing of civilians”.

The latest information came from the state-run Global Times, which said it had “got information that five suspects who participated in the terrorist attack blew themselves up”. 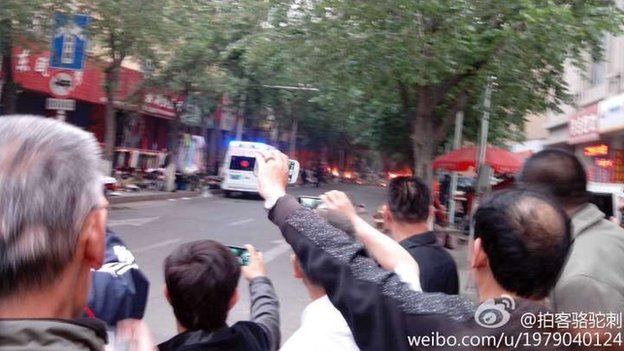 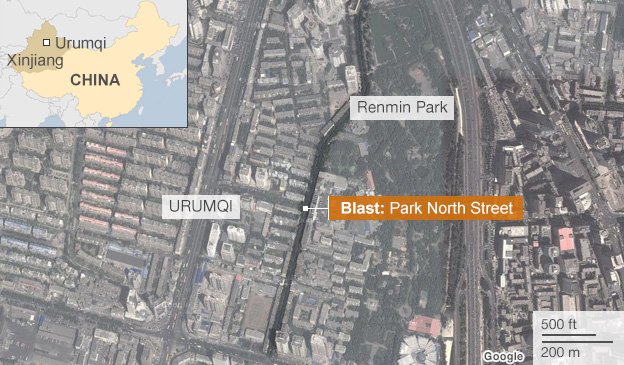 Police were investigating whether they had accomplices, the paper added. It was not clear whether the five were included in the death toll.

The BBC’s John Sudworth, who is in Urumqi, said a heavy security presence had been deployed at the scene of the attack.

Some shops have opened again and there are a few signs of returning normality, but the shock over the brutality of what happened here remains, he says.

Why is there tension between China and the Uighurs?

With ranks of riot police now patrolling the area, local residents can be seen standing around, talking quietly to one another.

Some have friends and relatives who were killed or injured, run over by the cars that the attackers drove through the morning street market, or caught in the blast when one of the cars exploded, our correspondent adds.

Xinjiang, which is home to the Muslim Uighur minority, has seen a spate of attacks in recent years.

Beijing has blamed these – and other recent mass-casualty attacks – on Uighur separatists.

These include an attack in Beijing, where a car ploughed into pedestrians in Tiananmen Square, killing five people, and attacks at railway stations in Urumqi and Kunming.

China says it is pouring money into the Xinjiang region, but some Uighurs say their traditions and freedoms are being crushed.