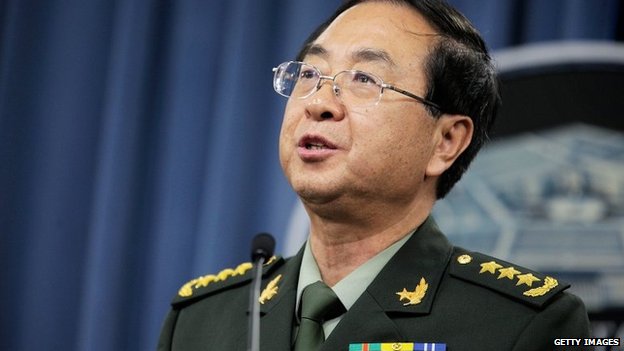 China says its oil rig will continue drilling in contested waters in the South China Sea, despite deadly anti-Beijing riots in Vietnam.

Top General Fang Fenghui said Beijing could not “afford to lose an inch” of territory, blaming Hanoi for stirring up trouble in the region.

Speaking in the US, he also warned that America’s efforts to increase its focus on Asia were fuelling tensions.

A Chinese worker died in an attack on a steel mill in Vietnam on Wednesday.

Almost 150 other people were injured as protesters targeted the Taiwanese mill in the central Ha Tinh province.

On Tuesday, at least 15 foreign-owned factories were set on fire at industrial parks in Binh Duong province, and hundreds more attacked. No casualties were reported.

The protests have been triggered by China’s decision to move its Haiyang Shiyou 981 oil rig into waters west of the disputed Paracel Islands earlier this month.

This triggered confrontations between Vietnamese and Chinese ships as Hanoi sought to block the move. 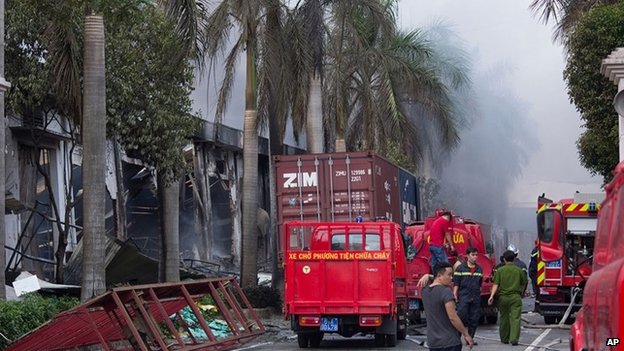 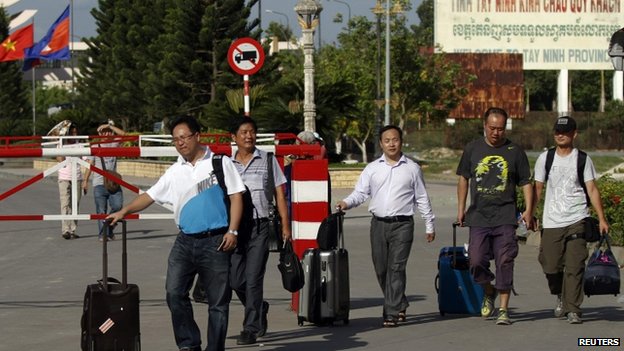 “It’s quite clear… who is conducting normal activity and who is disrupting it,” the People’s Liberation Army’s chief of general staff said.

He also said some nations in the region had seized upon US President Barack Obama’s so-called pivot to Asia to stir up trouble.

Gen Fang urged the US not to take sides in China’s escalating dispute with Vietnam.

US Vice-President Joe Biden, however, expressed “serious concern” over the Chinese rig move.

“No nation should take provocative steps to advance claims over disputed areas in a manner that undermines peace and stability in the region,” a statement from his office quoted him as telling Gen Fang.

Mr Wang also called on Hanoi to take measures to ensure the safety of the lives and property of Chinese nationals and firms in Vietnam.

A delegation of Chinese officials has been sent to Vietnam for talks.

Reports suggest many Chinese workers have left, with hundreds crossing the border into Cambodia.

During Tuesday’s protest, protesters appeared to have targeted businesses with Chinese characters in their signs, even if they were from places such as Taiwan. 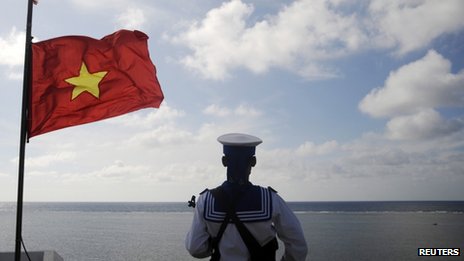 In an emergency letter to the police ministry, Prime Minister Nguyen Tan Dung called the protests against the “illegal oil rig” a “legitimate action”.

But he said those who broke the law should be punished and foreign business activities protected.

China claims a U-shaped swathe of the South China Sea, including several areas that its South East Asian neighbours say belong to them.

In recent years it has started to enforce these claims more assertively, leading to severely strained ties with the Philippines and Vietnam in particular.