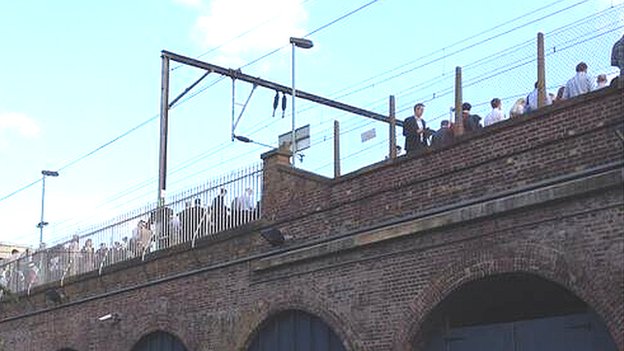 Stations along the Norwich to London route, including Chelmsford, were packed with commuters

Thousands of commuters in the east of England faced disruption as overrunning £7m engineering works in Essex forced the cancellation of many trains.

Lines blocked at Colchester during the morning rush-hour reopened shortly after 08:00 BST.

But train operator Abellio Greater Anglia said delays would continue and advised passengers not to travel.

“At the moment we’re not fully aware of all of the issues,” he said. “We will fully review what happened. 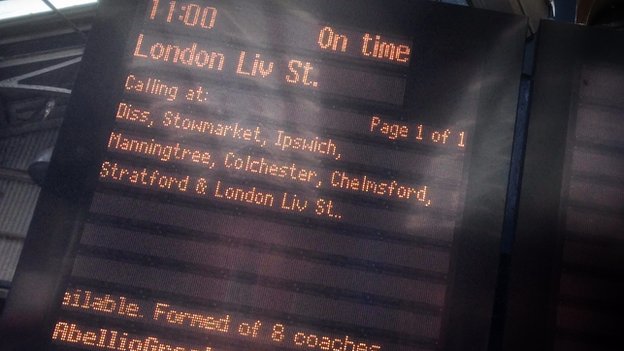 Services were beginning to return to normal by mid-morning

“For now it appears a number of things went wrong and we weren’t able to deal with them as quickly as we would have liked to.

“It’s clearly unacceptable and I apologise on behalf of Network Rail.” 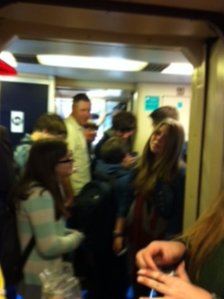 There was standing room only after services resumed

Mr Schofield said the fault was found at about 03:00 but could not be fixed in time.

Abellio Greater Anglia’s website also crashed, with the company instead being forced to deal with “hundreds” of messages on Twitter.

A spokeswoman for the firm said customers should only make essential journeys with “disruption expected to continue for some hours”.

Work started this weekend on the £7m upgrade of the ageing infrastructure around Colchester station. It is due to take place every weekend until 6 July.

He said: “There was a general mood of frustration. People were saying there had been a lack of information, with no word of replacement coaches.”

There was standing room only on some services soon after lines reopened. 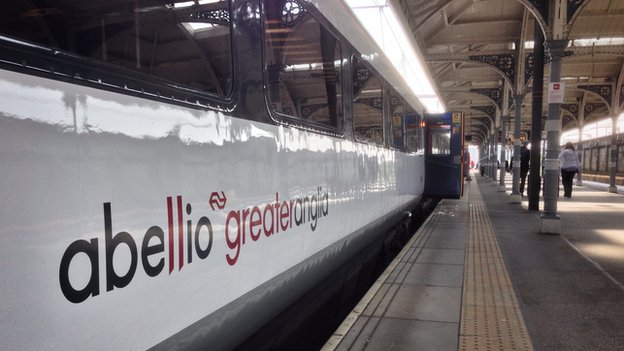 Commuters travelling between Norwich and London were disrupted