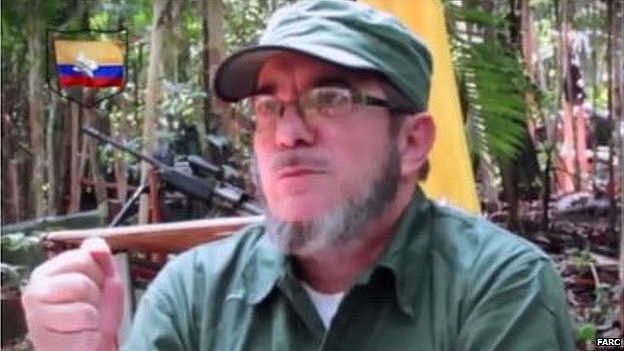 The leader of Colombia’s largest rebel group, the Revolutionary Armed Forces of Colombia (Farc), says his guerrilla group “dreams of an effective peace”.

Speaking in a video message published on the 50th anniversary of the group’s foundation, Timochenko warned that his fighters had not been defeated.

He said that the Farc would never agree to a “humiliating surrender”.

Rebel and government negotiators have been engaged in peace talks in Havana, Cuba, for the past 18 months.

Rodrigo Londono Echeverri – better known by his nom de guerre, Timochenko – said the Farc had not come to the negotiating table because it had been defeated militarily.

“We’re in Havana because we dream of an effective peace,” he said.

But he also warned that “after 50 years of incorruptible battle, we will continue to fight as long as it takes if the oligarchy again insists on impeding peace”.

The Farc and the government began peace negotiations in Havana in November 2013. 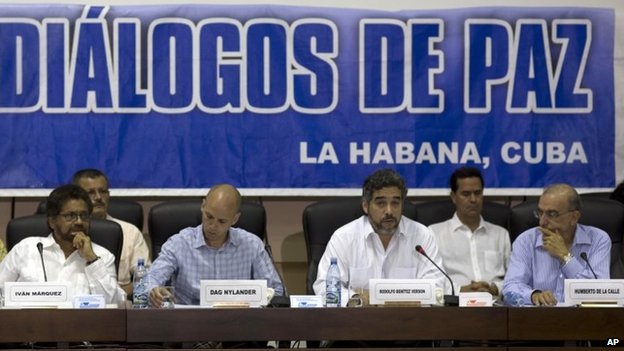 They two sides have reached agreement on three key issues: land reform, political participation of the rebels and illicit drugs.

They have yet to discuss disarmament, victims’ rights and the eventual implementation of the peace deal.

Colombian President Juan Manuel Santos has said he hopes he can reach a comprehensive peace agreement with the Farc by the end of the year.

However, he was defeated in the first round of Sunday’s presidential election by right-wing candidate Oscar Ivan Zuluaga.

Mr Zuluaga has been critical of the talks with the rebel group, saying that “we cannot allow the Farc to attempt to command the country from Havana”.

There will now be a run-off election on 15 June, in which President Santos said Colombians would have to choose “between those who want an end to the war and those who prefer a war without end”. 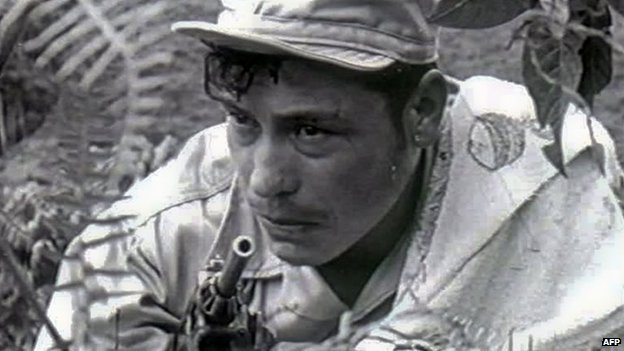 A study by the National Centre for Historical Memory suggests 220,000 people have died in Colombia’s armed struggle and more than five million have been internally displaced

While the strength of the Farc has diminished considerably, the rebel group is still in control of considerable parts of rural Colombia and continues to attack police stations, military bases and oil pipelines among other targets. 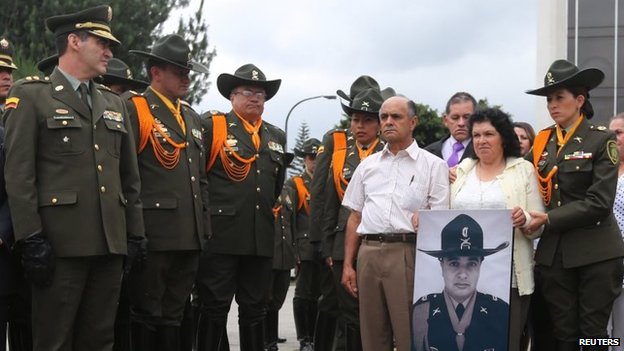 The Farc has not let up in its offensive; in March, two police officers were ambushed and killed in Tumaco

The number of active Farc fighters now stands at about 7,500, down from 20,000 at its height in 2000, according to the Colombian defence ministry.

Despite his group’s dwindling numbers, Timochenko ended his 27-minute-long video message on a defiant note, saying that the Farc had “promised to win and would win”.