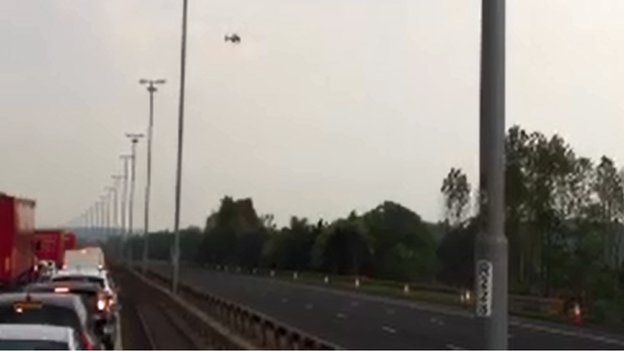 Police said one person had been airlifted to hospital

The emergency services are attending a crash on the M74 involving six cars and three lorries.

There are believed to be up to nine casualties. An air ambulance and an ambulance special operations team are on the scene.

Police said a man had been airlifted to hospital. His injuries are thought to be serious.

It is understood the road will be closed for a number of hours.