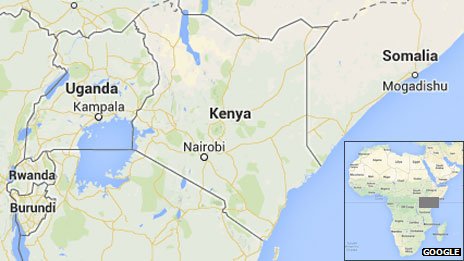 An aid worker from Devon has died of malaria while working in Kenya.

Offering his condolences to the family the charity’s chairman, Gavin Bate, said her death was “severe and sudden”.

He added that Ms Kelly, 21, from Ilfracombe, was a “generous, friendly girl” who had been popular with those she had been helping.

The University of Plymouth graduate and youth support worker was on a sabbatical from Devon County Council.

She had been three months into a 10-month volunteer placement with Moving Mountains, which works to improve social conditions in Kenya.

She had been cooking meals for the children and teaching them to dance when she fell ill in the western county of Siaya, The Telegraph reported.

She was taken to the Aga Khan Hospital six hours away in the Kenyan capital, Nairobi, but died later.

Our staff in Kenya remember her as a very generous, friendly girl who was popular with the children”

Her family said she had had all the necessary injections and was taking anti-malaria tablets.

In a statement, Mr Bate said: “It is with great sadness that we learned of the passing of Christi Kelly due to a severe and sudden case of malaria.”

He said staff, volunteers and the children Ms Kelly worked with were planting trees in her memory and had held a memorial service for her.

He added: “Our staff in Kenya remember her as a very generous, friendly girl who was popular with the children, loved being in Kenya and learning and speaking the local Luo language and loved to dance, play and share her time.”

The safety of the trust’s volunteers was “always our highest priority”, he said.

Tributes have been left to Ms Kelly, also known as Belle to her friends, on her Facebook page.

The Foreign Office told the BBC: “We are aware of the death of a British national in Kenya on 21 May. We are providing consular assistance to the family at this sad time.”

There are four main types of the parasitic disease, which are all spread via mosquitoes.

Malaria kills about 800,000 people a year globally, BBC Health said, with about 90% of all cases in sub-Saharan Africa.

Some 2,000 people a year in the UK get infected with malaria when abroad. It is curable if diagnosed early.