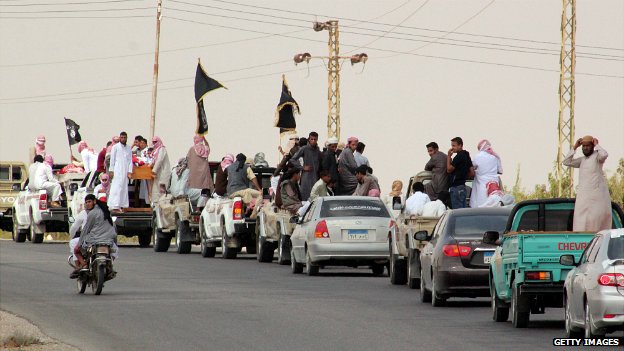 Egyptian security officials say the leader of a militant group has been shot dead in the Sinai peninsula.

Shadi el-Menei was the head of Ansar Beit al-Maqdis, thought to have been behind a string of recent attacks.

Several other members of the al-Qaeda-inspired group were said to have been killed but this has not been confirmed.

The deaths of more than 200 Egyptian soldiers and officials have been blamed on Ansar Beit al-Maqdis since President Mohammed Morsi was ousted in July 2013.

Officials told the AFP news agency that security forces opened fire on the men as they were about to carry out an attack on a gas pipeline in central Sinai.

But other reports suggested the men had been killed by unknown assailants.

Islamist groups in the Sinai have stepped up their attacks against Egypt’s army and police forces in the last year.

The Egyptian army launched a major operation against militants in the Sinai but attacks have continued.

Last week, two army officers and five militants were said to have died in a gunfight during a raid on a warehouse linked to Islamist militants north of Cairo.

Officials said the militants were from Ansar Beit al-Maqdis.