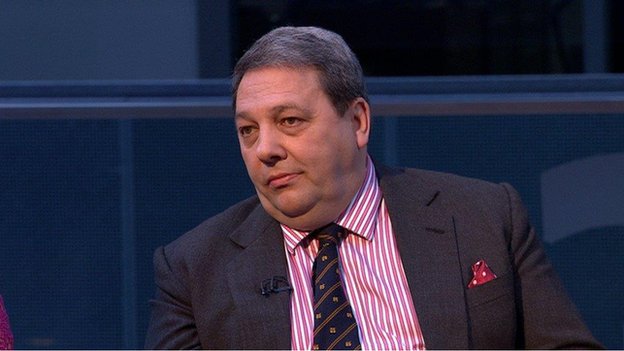 UKIP has won its first Scottish seat in the European election, it has been confirmed, while the SNP took the largest share of the vote.

The SNP and Labour each won two of Scotland’s six MEP seats, with one each for the Conservatives and UKIP.

The Liberal Democrats, who came sixth, lost their only European Parliament seat.

The final result was delayed until 12:30 to allow for counting in the Western Isles.

The 31 other local authorities had declared overnight, but the island authority does not count votes on a Sunday.

The result saw the SNP’s Ian Hudghton and Alyn Smith elected as MEPs, along with Labour’s David Martin and Catherine Stihler, Ian Duncan of the Conservatives and David Coburn of UKIP.

UKIP – which won 27% of the votes in England – picked up 10.4% north of the border, enough to send lead candidate Mr Coburn to the European Parliament. 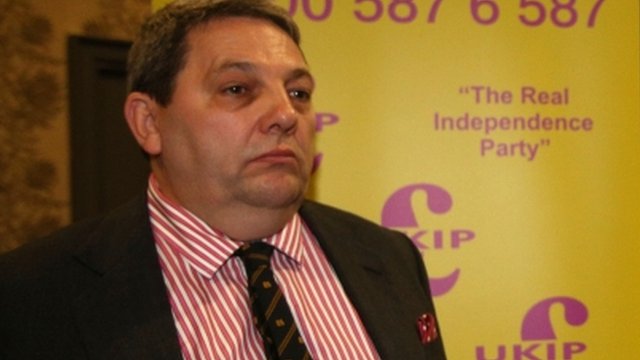 Mr Coburn told BBC Radio Scotland that UKIP had “done extremely well in Scotland” and was “certainly not a party of protest”.

He added: “We are basically going to give something different. It is not going to be the same arguments you get from all the tired old parties. All of the Scottish parties agree with each other, more or less, it is a left-wing agenda and now we are going to see something different

“We are going to see a libertarian agenda which I will be pushing as hard as possible”.

Mr Coburn said his aim as an MEP was to keep “Scottish business and Scottish people aware of some of the crazy things going on in Europe that will affect their businesses and their jobs”.

When challenged by presenter Gary Robertson to name some specific examples, Mr Coburn replied: “Off the top of my head I can’t think but there’s so many of them”.

SNP top the poll – and declare themselves delighted with that.

However, they are less than delighted that they have failed to squeeze out UKIP. It looks like David Coburn will become Scotland’s sixth MEP.

Plus, their voting share as it stands is down on five years ago.

The complicated proportional voting system meant that the SNP had to extend its share of the vote beyond one-third of the total in Scotland if it had any chance of keeping UKIP out.

Deputy First Minister Nicola Sturgeon, who is also the deputy leader of the SNP, admitted she was “disappointed” by the election of a UKIP MEP in Scotland.

“So this is a pretty spectacular success for the SNP. We are seven years into government and yet we are comfortably winning an election and maintaining the share of the vote we got five years ago. That is a big vote of confidence”.

Green co-leader Patrick Harvie, said: “We have strengthened our position as the torch-bearer for radical ideas in Scottish politics, and are in the process of replacing the Liberal Democrats as Scotland’s fourth major party.” 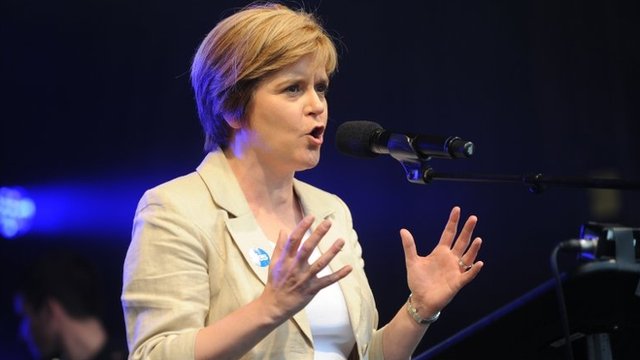 He said: “I’d like to suggest to David Coburn that the first thing he does when he sits down and recovers from the champagne is write a letter to Alex Salmond because there is no doubt in my mind that Alex Salmond’s decision to polarise the campaign, the Scottish debate, between two extremes is why David Coburn is with us today as a member of the European Parliament”.

Tory MEP Ian Duncan, who takes over from the retired Struan Stevenson, said his party’s vote was the highest it had been for 25 years.

He said: “We’ve bucked the national trend and it is a reminder that we have much to offer the people of Scotland.

“People are concerned about Europe and they want change. They want change to make Europe work for them, not against them, and I believe we have harnessed that concern and that feeling in a very simple way.

The Liberal Democrats won just 95,319 votes (7.1%) and lost their only MEP in Scotland while being beaten to sixth place behind the Greens.

Scottish Lib Dem leader Willie Rennie said: “We continue to pay the price for being in coalition and for the decisions we have taken in government. I get that.

“In this election, we put forward a positive case which was unashamedly pro European. Despite our defeat I am proud of that.”

Across Scotland, turnout peaked at 43.1% in East Renfrewshire and 41.6% in Edinburgh. It was lowest in North Lanarkshire at 28.1%.