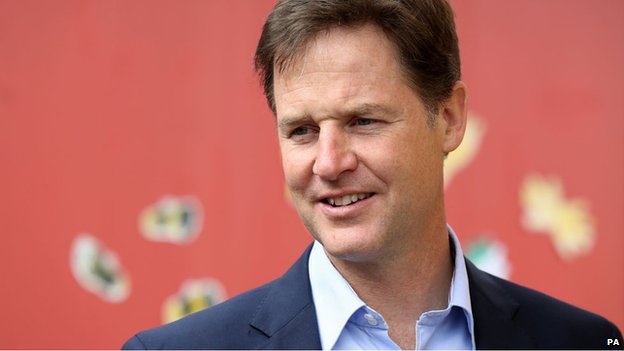 Deputy Prime Minister Nick Clegg has hit out at advocates of the UK leaving the EU, accusing them of being “deeply unpatriotic”.

In an interview with BBC Radio 4’s Today programme, the Lib Dem leader said withdrawal would result in widespread joblessness.

It was wrong to think that unemployment was “a price worth paying” in return for leaving the bloc, he said.

But the European institutions were in need of reform, he added.

The EU was “as flawed as any arrangement… Whitehall and Westminster are flawed as well”.

Nonetheless, membership of the EU was “right for Britain”, he argued, and his was a “pro-British position”.

“I don’t see how you can be pro British jobs, pro putting money in people’s pockets, pro giving the police the power to go after criminals across borders unless you’re pro us being a committed member of the EU. 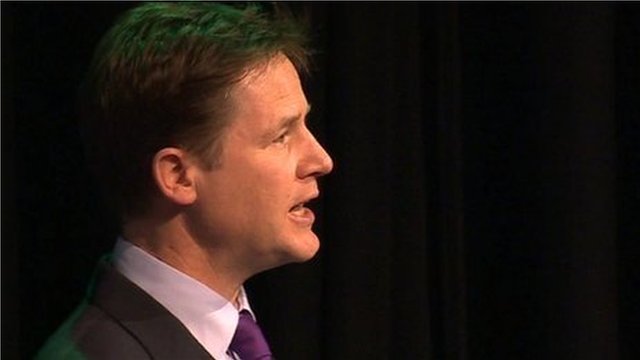 “So I think it is a curiously unpatriotic thing to do to say that in this globalised world of ours we should somehow turn our backs on the EU.

“It would be damaging to Britain and would therefore be an unpatriotic thing to do to say that joblessness, unemployment – which is one of the most immediate consequences of our withdrawal from the EU – is a price worth paying.

“I think that’s deeply unpatriotic, and very unfair on the people who would lose jobs.”

Later, on his weekly LBC radio phone-in programme, Mr Clegg faced questions on how the Lib Dems might fare in the European elections.

“I never anticipate what the British voters do until they have cast their vote, and I’m just going to carry on campaigning till the very last minute,” he said.

The party currently has 12 MEPs, but Mr Clegg said: “All the predictions are that we’re going to get zilch.

“Of course I hope we will do better than that. But we’re only going to do better than people predict if we actually go out and say what we stand for.”