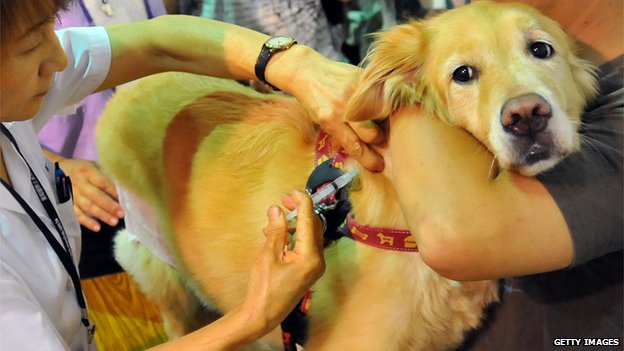 A shortage of funds for vaccinating dogs is costing the lives of tens of thousands of children every year.

The head of the world animal health organisation (OIE) told BBC News that the invisible killer could be eliminated for one tenth of the cost of treating patients.

The most recent figures suggest around 55,000 people die every year from rabies.

Around 40% of those who are bitten are under 15 years of age.

One of the world’s oldest diseases, rabies is the distressing result of exposure to a virus usually transmitted through the saliva of an infected dog or bat.

The virus affects the central nervous system and causes the brain to swell. If it is not treated before it reaches the nerves, it is incurable.

In 1885, Louis Pasteur and Emile Roux famously developed a vaccine which has saved millions of people from the dreaded illness.

This vaccine has been used to help eliminate the disease in many parts of the world, removing it from dogs and other species that can transmit the infection, including foxes.

But the costs of preventing it remain relatively high and this means that in poor parts of Asia, the disease persists.

The victims are often children, who perhaps approach infected dogs without fear or awareness.

As very young victims often aren’t able to tell their parents what happened to them, health agencies fear that the actual total of those who die from the disease is much higher than the official figures.

Speaking at the annual congress of the OIE in Paris, Dr Vallat lamented the fact that international investment in eliminating the disease in dogs wasn’t forthcoming.

“Even when we demonstrate that the cost of vaccinating dogs is 10% of the cost of treating people bitten by dogs in the world, we are not able to convince all donors of that message,” he told BBC News.

He contrasted the lack of investment in tackling rabies with the headlines that have greeted the recent discovery of Mers, the Middle East Respiratory Syndrome.

“Rabies is mainly in a small number of countries, it is not visible. We have up to 70,000 children dying every year in terrible pain, and the media don’t take that, they take Mers with 200 very old people dying,” he said.

Another cause for concern is that some of the vaccines being used to prevent rabies in dogs and other animals are substandard and can actually make the situation worse. 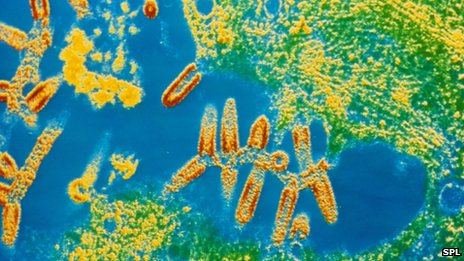 “You can have very cheap vaccines for rabies, these are live vaccines, if these are not controlled you can infect the animals with the virus,” said Dr Vallat.

“Our standard is to use inactive vaccine, the animal makes antibodies on the basis of a non-living virus.”

In many parts of the world, including Eastern Europe, the authorities respond to outbreaks of rabies by culling dogs in an area.

Animal welfare campaigners point to examples such as Romania, where the authorities have carried out large scale culls, funded by the EU.

They are concerned that this practice is counter-productive.

“The reaction in Romania when clusters of cases occur is to go out and cull dogs in a kind of knee-jerk way,” said Dr Mark Jones from Humane Society International.

“The problem with that is that they are usually carried out in a very inhumane way and you are also disturbing the dog population leading to more interaction between dogs and that can result in you having a higher proportion of animals with rabies within an area than you did before.”