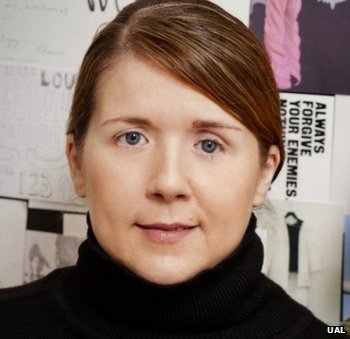 Louise Wilson, a leading figure in the fashion world who influenced top designers including Alexander McQueen, has died aged 52.

The head of Central Saint Martins college, where Prof Wilson was director of the prestigious MA Fashion course, said she had been “inspirational”.

Prof Wilson was appointed OBE in 2008 for services to education and the fashion industry.

She became course director at London’s Central Saint Martins in 1992.

Prof Jeremy Till, head of the college, said she had taught “a huge proportion of the world’s leading fashion designers”.

He said: “Her commitment to her students and passion for creative excellence are legendary. Her deep understanding of fashion and her drive for funding for bursaries, facilities and opportunities are part of what made her such an extraordinary educator.”

Prof Wilson’s legacy would live on through her former students and colleagues, he added.

Caroline Rush, chief executive of the British Fashion Council, wrote on Twitter: “Prof Louise Wilson, I can’t believe you have gone. You were much loved and respected. A legend and an inspiration. RIP”.