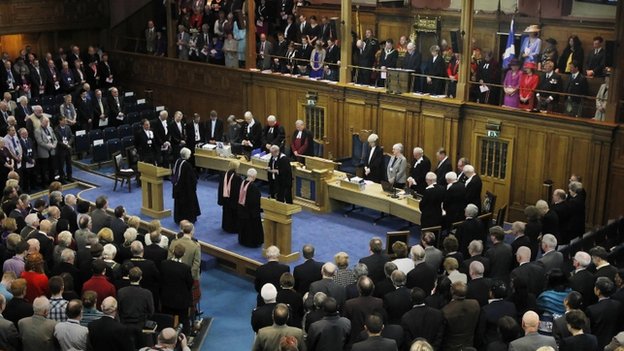 The annual General Assembly of the Church of Scotland will open in Edinburgh this weekend.

It will begin with the installation of the Reverend John Chalmers as its new moderator.

The six day gathering in the General Assembly Hall on The Mound will tackle contentious issues including gay ministers and Scottish independence.

With over 400,000 members across Scotland, the Kirk remains one of the country’s largest religious groups.

Following tradition, this year’s Lord High Commissioner to the General Assembly is the Earl of Wessex.

Prince Edward will formally address the Assembly before overseeing a number of events and discussions.

The last time the position was held by a member of the Royal Family was in 2007 when Prince Andrew was appointed. 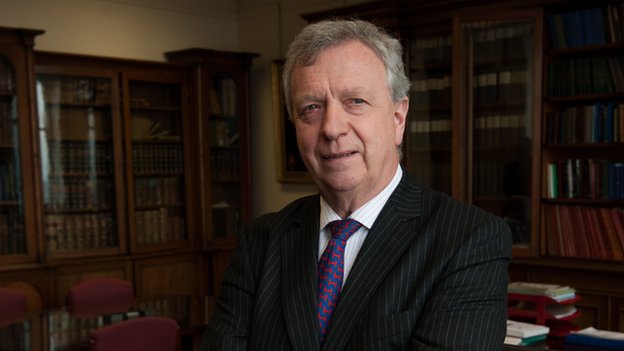 After the installation of the new moderator, the 730 commissioners from congregations across Scotland will get down to business.

Later in the week there will be further discussion over the ordination of gay ministers, and what is likely to be a high-profile debate on Scottish independence.

The Church of Scotland has taken a neutral position on the issue, but its members said it was important to reflect on issues dominating public life.

Another motion expected to attract attention is a proposal from the Presbytery of Argyll that the Assembly should meet every two years.

The move would save half a million pounds, which some members believe could be put to better use within the organisation.

There will also be a discussion on how the Church recruits new members after a recent survey showed that numbers had dropped by 3% over the past twelve months.

Young people are set to be targeted as part of this move with initiatives including school recruitment drives, apprenticeships and also greater financial support being offered to young church members.

The body’s relationship with the Armed Forces will be examined with chaplains with the Royal Navy and the Army discussing the role they play within the military and how this can expect to change in the future.

The Church has also produced a number of smart phone apps which will allow people to follow the week’s events up to the closing session on 23 May.