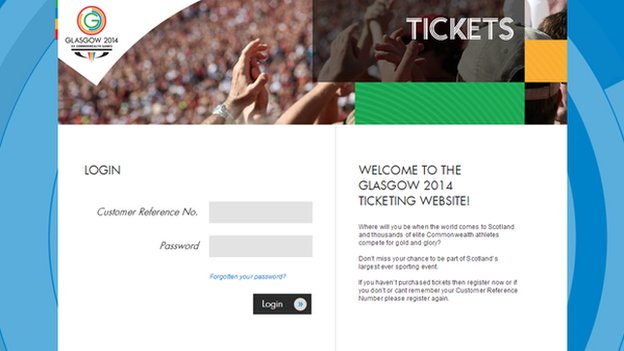 No problems have been reported with the re-launched sale of Commonwealth Games tickets after last week’s attempt was suspended amid technical issues.

Organiser Glasgow 2014 said the first phase of the sale, which began on Wednesday at 10:00, had been busy with thousands of people securing tickets.

It said customer feedback had been positive and there were no queues.

Problems last week saw sales halted with only half of the 100,000 tickets on offer sold.

A spokesman for Glasgow 2014 said: “We’re delighted with the enthusiasm of customers visiting the ticketing website and hotline since opening this morning.

“While it’s been busy, there are currently no queues and there are thousands of customers who have been successfully securing tickets. We’ve also been seeing lots of positive feedback on social channels.

“We thank everyone for their support so far. While there are still lots of great opportunities to be part of the Games, tickets are selling fast so don’t leave it too late to buy, especially if you have specific events or days you want to be part of.”

Problems with last week’s sale saw thousands of people facing hours of waiting as the official website struggled to cope. Others were unsure if transactions had completed.

Everything that could be done, has been done and Ticketmaster have given us the assurances that all of the issues within their systems have been resolved”

A number of customers were also charged for an engaged tone when they tried to buy tickets over the phone.

After suspending sales and reviewing the problems with ticketing firm, Ticketmaster, Glasgow 2014 announced last week that tickets would be released over three days this week to try to prevent a recurrence of the website problems.

Team sports and ceremonies went on sale first on Wednesday, with athletics tickets being released on Thursday and all remaining tickets on Friday.

“Ticketmaster has checked, tested, re-tested the system and are very confident now, in re-launching today, that customers are going to have a much, much better experience,” he said.

“We are now focused on selling those tickets and really making sure that everyone who wants to be a part of the Games can be.”

Sports Minister Shona Robison said everyone involved had been working “flat-out” to resolve the issues.

“Those issues, we are told by Ticketmaster, are now resolved. But of course the reason the tickets are going back on sale on a phased basis is to reduce the risk around volume and manage that.

“Everything that could be done, has been done and Ticketmaster have given us the assurances that all of the issues within their systems have been resolved.”

The ticket phoneline will be free and buyers will also receive free postage.

Will you be buying tickets for the Commonwealth Games? You can contact us by emailing haveyoursay@bbc.co.uk using ‘Commonwealth’ in the subject heading.