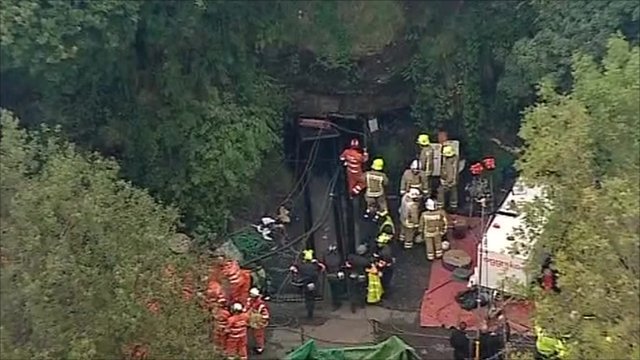 A mine manager who escaped an inrush of water which killed four of his colleagues offered to go back down the pit to help rescue them, a court heard.

Malcolm Fyfield managed to drag himself out of Gleision drift mine after a planned explosion caused 650,000 gallons of water to flood the mine.

Swansea Crown Court heard he offered to show rescuers the route he had come out of but he was stopped.

David Powell, 50, Charles Breslin, 62, Philip Hill, 44, and Garry Jenkins, 39 drowned when water gushed into the area they were working in after they blasted into a flooded old section of the mine. 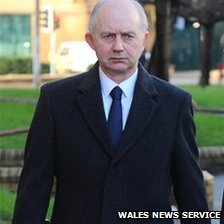 In transcripts of police interviews read to the jury, Mr Fyfield told officers he wanted to return to the pit to help with the rescue efforts.

The former mine manager told police how he was helped out of the mine by a firefighter.

“I was put on the floor and I offered to go back down to show the route I had come out of, maybe they [rescue workers] could have shown them [miners] the same route out, but the fireman said ‘you’re not going anywhere mate’,” Mr Fyfield said.

The trial heard how Mr Fyfield took a surveyor into the mine before he took on the role because he did not believe a green hatched area on the pit map was a so-called precautionary zone.

Fyfield said the surveyor told him “there was nothing to say you cannot enter it”.

“I was legally allowed to take coal from the green hatched area because there was nothing that indicated to me that it wasn’t extractable,” he added.

A test drill of the area showed a minimal amount of water, the court heard.

“I was of the opinion that there was no serious quantity of water there to jeopardise the work,” Mr Fyfield told police.